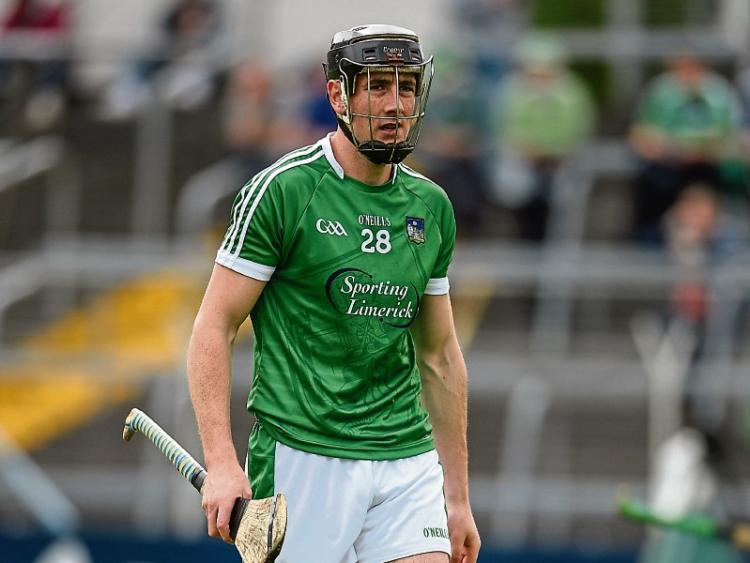 EYEBROWS have been raised among Limerick hurling supporters with confirmation that Diarmaid Byrnes lined out with his club Patrickswell on Saturday morning.

The 2015 All Ireland U-21 winning captain played two games for 'The Well' in the Tom Semple Senior Hurling Festival in Thurles, hours before Limerick’s All Ireland SHC Qualifier against Kilkenny.

Limerick hurling manager John Kiely confirmed this Monday afternoon that Byrnes’ club action was “part of his return to play protocol with a view to hopefully having him back for next weekend”.

The inspirational wing back sustained a knee injury in late April and missed Limerick’s Munster SHC loss to Clare on June 4.

Byrnes did return to action in round two of the Limerick SHC when starting for Patrickswell in their 4-23 to 0-9 win over Knockainey on June 11. He played 37-minutes of that game in Bruff.

However, the Limerick manager revealed that Byrnes suffered a new injury in county training on Thursday June 22 – injuring his  posterior cruciate ligament (PCL).

The Tom Semple Senior Hurling Festival forms part of the Thurles Sports Festival and took place early last Saturday in Morris Park and the ‘back field’ in Semple Stadium.

Neither were part of the 26-man Limerick panel confirmed by Limerick manager John Kiely on Thursday night. Limerick vice-captain Byrnes along with fellow vice-captain Gearoid Hegarty were injury doubts ahead of the Kilkenny game - Hegarty did start and played 45-minutes, scoring two first half points.

The games in the Thurles tournament were 15-minutes a-side and Byrnes played two full games - an hour of hurling.

Byrnes and Gillane later joined up with the Limerick panel and togged out in Nowlan Park and took part in the warm-up routine under coach Paul Kinnerk, wearing the number 27 and 28 jerseys - albeit neither were officially part of the matchday panel.

Na Piarsaigh also played in the Thurles tournament. Ronan Lynch, another member of the extended Limerick hurling panel, played with Na Piarsaigh, who reached the final - losing to Holycross-Ballycahill.