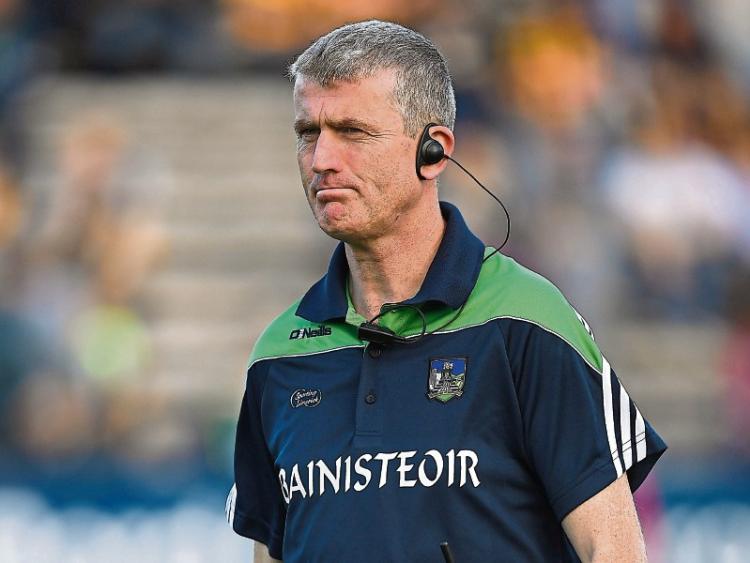 PROUD, thrilled, disappointed and disgusted – John Kiely was still emotional when talking to media in Nowlan Park 35-minutes after the final whistle.

”I am really proud of the guys for the effort and performance that they put in, they showed massive grit and determination - it’s just very difficult to accept that we come out of the championship without a win. We have so much work put into this, it’s off the charts – it’s very hard to take,” said the Limerick manager.

“We really tested their mettle - they know they were in a game, that’s for sure. Moral victories are no use whatsoever - losing by three or two, it doesn’t matter, you lose, you lose,” he said.

“We just couldn’t find a chink to get a goal chance, some of their defending was heroic in the last 10-minutes and they defended really well - any smell of a chance we got they were able to snuff it out, just by the skin of their teeth but they got there and that’s the sign of a good team and they are rock solid,” outlined Kiely.

”In that first 35-minutes we had 13 wides and created loads of chances - we were possibly even too direct with the ball and we didn’t play it through the lines a bit but at the same time our work rate was good, our battling qualities was good and while they had one or two line breaks we were coping with them well. Like a lot of the games all year, we were chasing the game - we couldn’t get our nose in front and that has been the biggest problem we have had all year. We haven’t led from the front in the games that matter the most and put pressure on the other teams to attack as opposed to defence - all the other teams have had the opportunity to defend in numbers in the final minutes of the game, in the final 10-15 minutes when it matters most.”

He added: ”Whilst there was a lot of space available in the Limerick backline and midfield area in the last 10-15 minutes, there was very little space above where we needed it. They were physically a bit stronger than us pretty much all over the field. We needed to get our nose in front in the first half - we couldn’t afford 13 wides and go in three down. We needed to be four, five or six up given the type of possession dominance.

You have to convert chances and we had a conversion rate of 33% in the first half - that’s not good enough”.

”The team came in for an awful lot of criticism, it’s a collective things, and we spoke about that after the last game and whilst we were very hurt by an awful lot of commentary by certain individuals it allowed us to use it in the lead-up to the game in that we were going to give an answer as to what type of team we are.”