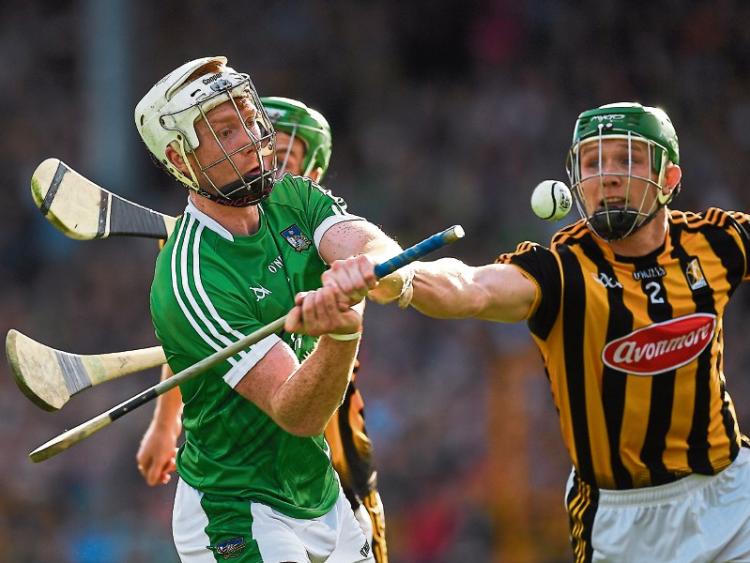 Limerick fell short of a shock win over Kilkenny this Saturday evening in round one of the All Ireland SHC Qualifiers.

Limerick found four of the last six scores but couldn’t find the necessary goal in what was a tense hurling tie in the Marble City.

At half time it was 0-10 to 0-8 to Kilkenny but Limerick had played with the aid of the strong but swirling breeze.

It was an opening 35-minutes that saw Limerick register 13 wides and Kilkenny 10!

With Kilkenny dominating in the air and winning many of the early 50/50 challenges, Limerick still found themselves in the contest at the break.

From the off Kilkenny went ahead with a TJ Reid free and Paddy Deegan point from play – Limerick were never to lead in the half, in which the sides were level on two occasion, last at 0-5 each on 23-minutes.

Although Shane Dowling opened the Limerick account in the fifth minute it was the ninth before a teenage Kyle Hayes had Limerick’s first score from play – there were four wides before this.

Gearoid Hegarty, Limerick captain on the day, had the next point for the visitors to Nowlan Park but it was to be another nine minutes later.

When Dowling added a free it was 0-4 each with 22-minutes played.

Then came three in a row for The Cats – Walter Walsh with two to open a three point lead for the first time, 0-8 to 0-5.

Hayes and Dowling (free) hit back but Walsh and TJ Reid, from play, had a goal between them again.

Hegarty’s injury time point left two between the teams at half time, with neither side sparkling but Kilkenny certainly getting their scores easier in front of an attendance of 15,605 and the live tv audience of Sky Sports.

After 23 wides in the opening half, there wasn’t to be any for the opening 10-minutes of the second half.

Peter Casey reopened the scoring after 51-seconds but Kilkenny hit back with two of their own.

Then came a run of three successive Limerick points to level for the third time, 0-12 each. Casey, Dowling and Dowling (free) on the mark.

Alas, Limerick couldn’t get ahead and Reid (free) steadied Kilkenny.

He landed another free and then Kilkenny subs Kevin Kelly and Lester Ryan made their presence felt to hurt Limerick and move the lead back to three points – 0-16 to 0-13 with 15-minutes to play. After the wides of the opening half, the count only stood at one for Limerick by this point in the second period.

But nine minutes from the end Kilkenny had moved four points clear for the first time when Walsh had his fourth of the evening from play.

Then the lead went to five with Kelly again on the mark.

Limerick needed goals – Pat Ryan and Kyle Hayes almost created a chance but it went abegging and then Tom Morrissey saw his shot crash into the body of Paul Murphy.

Finally 15-minutes without a score for Limerick ended with a Dowling free to leave it 0-18 to 0-14 with 65-minutes on the stopwatch.

Somehow after a Barry Nash point the game was still there for Limerick with a goal between the teams and three minutes still to play.

Pat Ryan added to the growing possibilty of a shock and left two between the teams but TJ Reid hit back for Kilkenny as the game entered the four minutes of injury time.

A Dowling free agains reduced to two points but Lester Ryan was just one of many Kilkenny subs to impress and his fired over to put it back to a goal lead with two of the four minutes played.

And, that was that. Limerick left to rue 13 first half wides in a brave display. In the end Limerick’s wides tally reached 15 – Kilkenny actually ended with 17 wides.