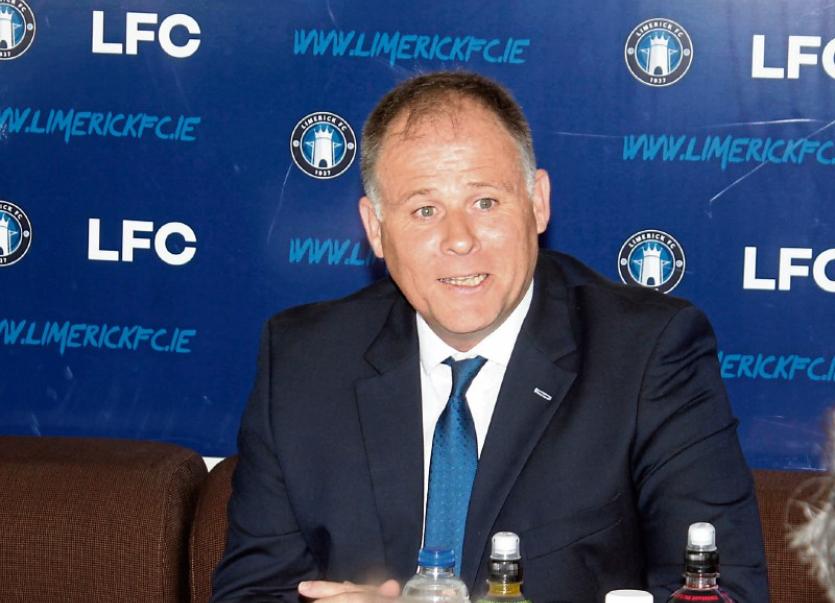 LIMERICK FC manager Neil McDonald says the Blues must ‘concentrate on our own game’ as they prepare to face struggling Drogheda United at United Park tonight, Friday, 7.45pm.

Limerick FC are without a clean-sheet in over two months and will be keen to address that statistic having surrendered a two-goal lead in the second half of last Saturday’s 2-2 draw with Saint Patrick’s Athletic at the Markets Field.

Seventh-placed Limerick are seven points clear of the Drogs who occupy the final relegation place in the Premier Division.

“Training has been great this week. The buzz has been really good,” Neil McDonald insisted.

“We’re still disappointed that we didn’t come out of the St Pat’s game with full points, but a point was gladly taken.

“I’ve watched Drogheda and I’ve seen some video clips. They look well organised and they have got a couple of players that can cause problems. We have to be aware of that.

“But we have to concentrate on our own game more so than any other thing and try to impose our game on them.”

Meanwhile, captain Shane Duggan admits the manner of their concessions last week was ‘frustrating’ and he has targeted a first clean-sheet in 12 games – since the last time they faced Drogheda, at the Markets Field on 15 April.

Duggan said: “Every game is big this season. We know what they’re going to be like up in Drogheda. They’re a very tough team to play against, especially at home. We’re expecting a difficult task but I think it’s games like these – where our backs are against it, we respond and get good results. Hopefully, we can get three points on Friday.”

Seventh-placed Limerick and tenth-placed Drogheda – who both gained promotion from the First Division last season – have already met once in 2017 with the Blues easing to a 3-0 win at the Markets Field in April thanks to goals from Rodrigo Tosi, Chris Mulhall and Chiedozie Ogbene.

Drogheda are without a win at home since defeating Shamrock Rovers 2-1 in April, and they have failed to score in their last three outings on Boyneside.

Limerick manager McDonald has a fully-fit squad to choose from for the long trip north, with the exception of young defender Barry Cotter (knee).