Munster's DOR set to take Jacques Nienaber with him 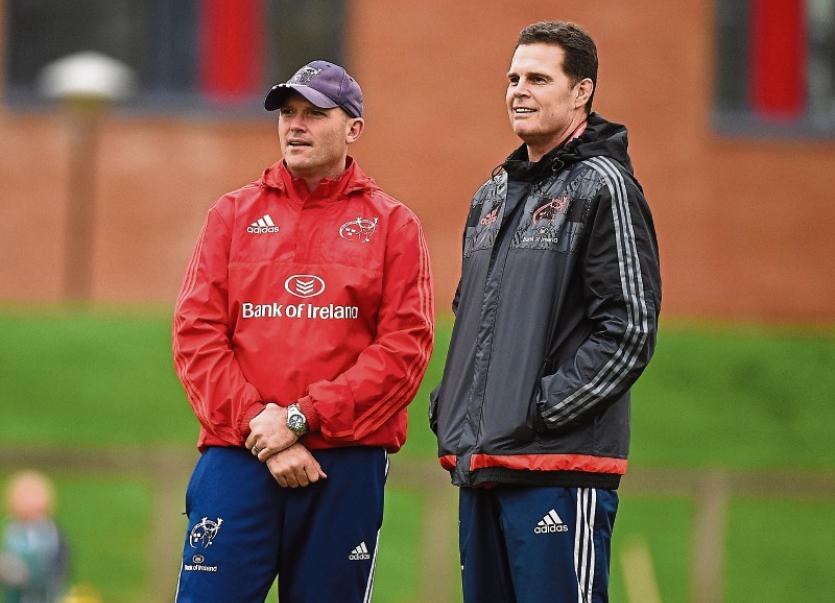 RASSIE Erasmus' return to South Africa as Director of Rugby appears to be a ‘done deal’, according to a report in the Afrikaans weekly newspaper, Rapport.

The Rapport report also claims that Erasmus' original plan was to remain in Munster as Director of Rugby until 2019, but pressure was brought to bear last year after South Africa won only four of their 12 Tests in 2016.

It was reported last week that Erasmus had triggered the six-months' notice clause in his Munster contract.

The Rapport newspaper article says that ‘due to his strong ties with Munster and the success he has achieved at the province over the past 12 months, Munster is likely to release him as soon as Erasmus has found a suitable substitute for his position. He will then have the opportunity to explain his decision to the Munster players.’

Erasmus could be on board before the Springboks' first Rugby Championship Test in August.

The former Springbok is set to be joined back in South Africa by Munster defence coach Jacques Nienaber.

The Munster players are due to return to pre-season training in the coming days.

In his new position as South Africa Rugby's director of rugby, Erasmus will be tasked with initiating a plan to return the Boks to the same level as the world's No 1-ranked team.

Erasmus was the chief executive of the South African Rugby Union’s high-performance unit in 2013 and 2014 as well as general manager of the rugby department in 2015 and 2016.