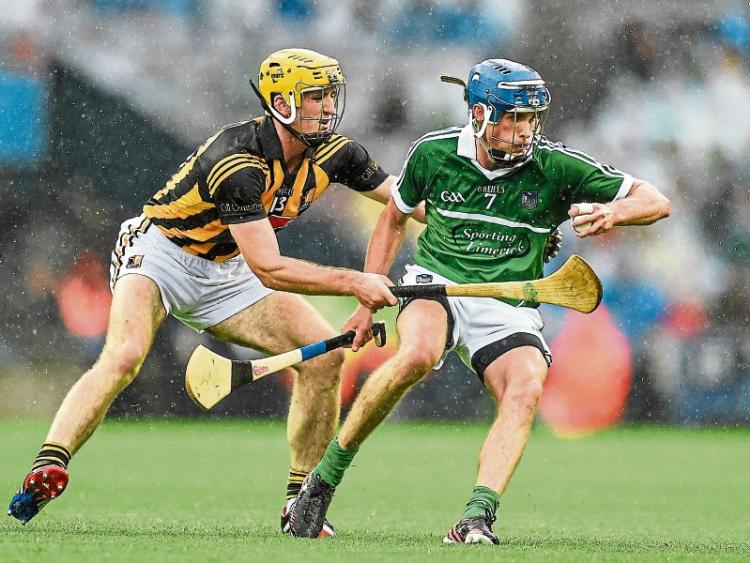 Gavin O'Mahony in action against Colin Fennelly at Croke Park

THE Limerick hurlers have been drawn to play Kilkenny in round one of the All Ireland SHC Qualifiers.

The game is confirmed for Nowlan Park in Kilkenny, next Saturday July 1 at 7.00. The eagerly awaited tie will be exclusively live on Sky Sports television.

Limerick and Kilkenny last met in the championship in the semi final of 2014 in Croke Park.

The sides have never met previously in the All Ireland Qualifiers, although there have been 11 previous championship meetings – Kilkenny winning seven and Limerick four. Limerick’s last win was the All Ireland Final of 1973.

The winners of these four round one games will play eachother in round two on the weekend of July 8/9.

Limerick will be bidding to bounce back from a disappointing Munster SHC loss to Clare – Diarmaid Byrnes will be available again after injury. Gearoid Hegarty is in a race against time to be fit, but William O’Donoghue won’t be available for selection due to injury.

The bookies immediately reacted to the draw, by making Kilkenny the 1/3 favourites to advance. Limerick were listed at 11/4.

Saturday will be Limerick's 24th All Ireland SHC Qualifier - the record stands at 14 wins and nine defeats.

Kilkenny have previously played only four qualifiers - with a 100% record.