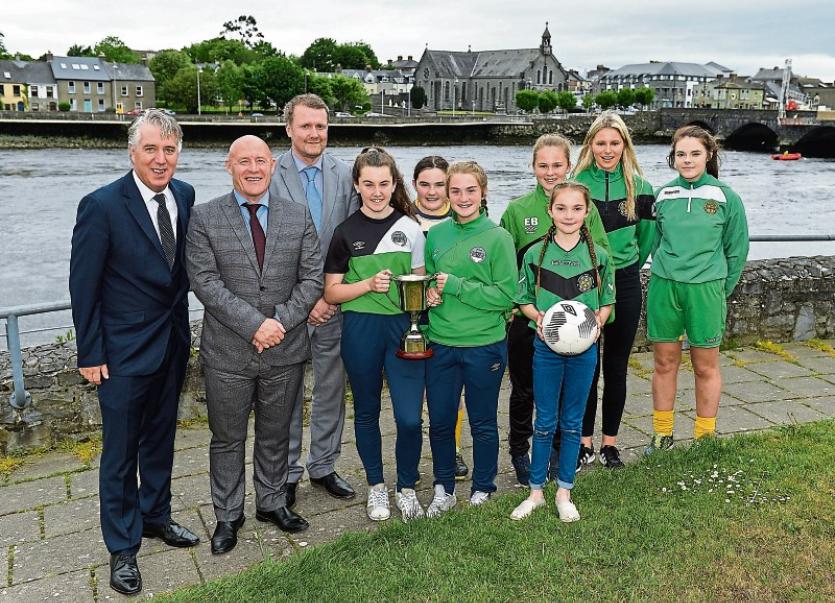 THE Fota Island Resort Gaynor Cup Tournament, the national showcase of Women’s Under-age football in Ireland, kicks off at UL on this Thursday morning, June 22.

The Tournament continues for four days up to finals day on Sunday, June 25.

The Gaynor Tournament has launched the careers of current Women’s National Team stars including Stephanie Roche and Katie McCabe, who is the tournament ambassador this year.

There are four Limerick sides competing in total this week, two at U-14 level and two more at U-16 level.

The Limerick County Underage League take on the Metropolitan Girls League in their opening group fixture at 11.30am on Thursday, before facing the Tipperary League at 3.30pm on Thursday.

In the lead up to the tournament the Limerick Desmond competed in the Viking Cup in Waterford where they finished the tournament unbeaten having played Waterford, Donegal, Wexford and Kilkenny.

Desmond's squad includes Sophie Liston who represented Ireland in the Bob Doherty tournament this year, as well as the Shine twins who just missed out on getting in the Irish squad.

Desmond also include four All-Ireland medal winners in the squad - Grace Mullane, Orla O'Doherty, Anna Shanagher and Phoenix Mulcaire Shire who were part of the Colaiste Na Trocaire Rathkeale, All-Ireland U-19 winning side.

The side, led by Charlie Hanrahan (Aisling Annacotty), are very excited by the challenge that lies ahead with their group containing the traditionally strong Metropolitan Girls League.

In the U-14 competition, the Limerick County Under-Age league side has been drawn in drawn in Group 2 along with the Mayo Schoolboys/Girls and Youths League and the Waterford Women’s League.

The U-14 Limerick County Under-Age League begin their campaign with a fixture against the Waterford Women’s League at 2pm on Thursday.

The Limerick Desmond U-14 side face the Tipperary League at 10am on Thursday, before taking on Carlow at 10am on Friday.

Limerick County U-14s take on face Mayo on Friday at 10am.

As part of the Fota Island Resort Gaynor Tournament, the Continental Tyres Women's National League match between Galway WFC and Wexford Youths will take place in the UL Bowl on Saturday, June 20 at 7pm.