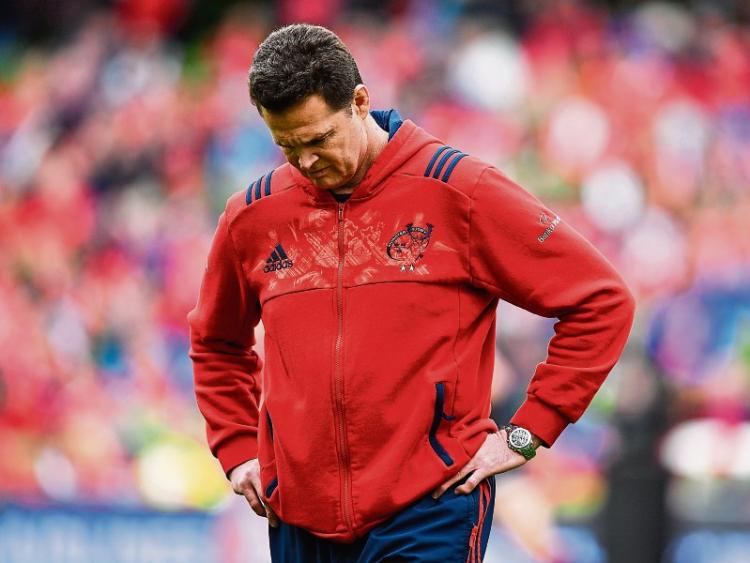 RASSIE Erasmus’ future at Munster Director of Rugby is in doubt this Monday with reports again linking him with a role at the South African Rugby Union.

A newspaper report today suggests Erasmus has triggered a six months' notice clause in his contract at Munster with a view to taking up a role as Director of Rugby in his native South Africa.

The report in the Irish Independent says Erasmus will remain in charge at Munster for the start of the new season, with pre-season training set to commence next month.

Erasmus has completed just one season in a three-year deal as Munster Director of Rugby.

It is also being reported that Jacques Nienaber, who has served as Munster defence coach for the past season, is set to leave the province with Erasmus.

In April, Rassie Erasmus admitted having talks with the South African Union.

“There have been formal and informal chats the past few months. It’s just speculation at this stage. I was in South Africa my whole life, so I know the set-up really well.

“I’m big friends with the current coaches and management team. There’s been formal and informal chats the past few months. Some have been requests, some have been pure chats. It’s just speculation at this stage.”

However, Erasmus revealed on the day of Munster’s Champions Cup semi-final defeat to Saracens at the Aviva Stadium that he intended staying on at Munster.

Reports that he is to leave the province before the end of his three-year term is a major blow.

Munster progressed to the Guinness PRO12 final and semi-final of the European Cup in his first year of Erasmus’ involvement with the province.