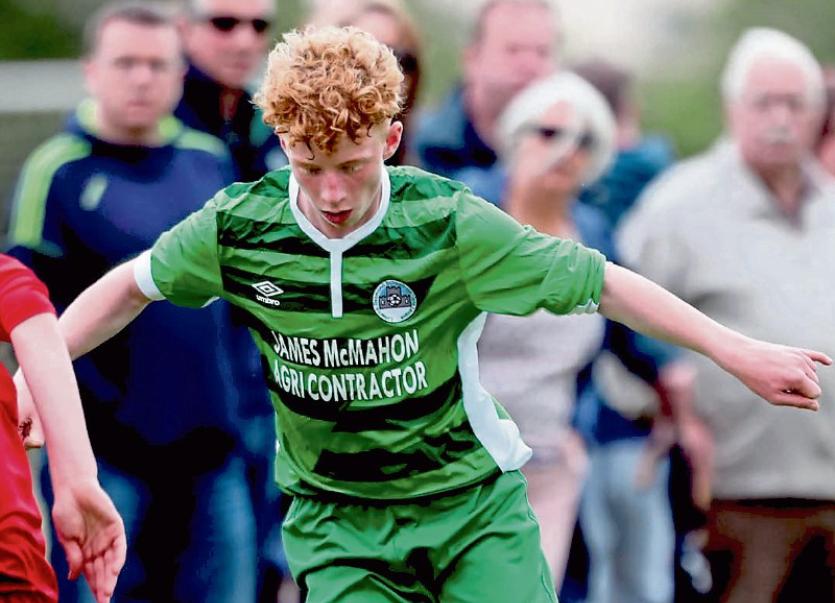 THE Limerick Desmond Schoolboy League will target a fifth-placed finish in the SFAI Kennedy Cup at UL on Friday, while the Limerick District has claimed a 13th place finish at the 32-team event.

Limerick Desmond take on the North Dublin Schoolboy League at 12noon on Friday at UL in the Plate final when a top five finish will also be on the line.

The West Limerick side secured their place in the Plate decider after a 2-0 win over the Kildare League on Thursday.

District lost just one game in regular time over the course of the week, a 2-1 loss to the Athlone League on Monday, which left them facing an uphill battle to make the quarter-finals of the Kennedy Cup. It was a battle they ultimately lost, finishing second in Group 3

After thumping the Wicklow League 5-1 on Thursday morning with goals from Caherdavin Celtic’s Ronan O’Dwyer, Fairview Rangers Conor Keane and the Limerick FC duo of Wassiou Ayawe and Josh Quinlivan as well as an og, Limerick FC edged past North Tipp 2-1 in their 13th-14th place play-off game on Thursday evening.

Conor Keane fired Limerick in front when he reacted quickest after his initial header came crashing back off the upright to score.

North Tipp struck back amost immediately with a goal from a free-kick to make it 1-1. However, Limerick District secured a winner late on from a Ronan O’Dwyer header following a pin-point cross.

Meanwhile, the Limerick County Schoolboy League defeated the Roscommon League 4-3 on penalties after the sides were tied 1-1 at full-time in their final fixture.

Earlier in the day, Limerick County lost a dramatic penalty shoot-out 10-9 to West Waterford-East Cork after the sides had finished level 2-2 at the end of normal time.

Limerick County had led 2-0 at half-time with two goals from Murroe’s Jay Ryan.

Limerick County lost two of their games in penalty shoot-outs during the course of the week.