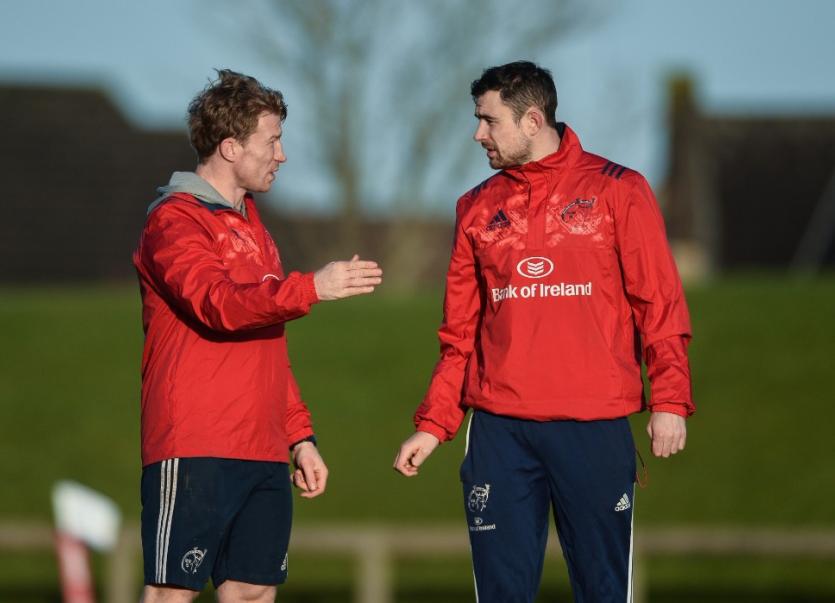 MUNSTER Rugby coaches Jerry Flannery and Felix Jones have both signed two-year contract extensions with the province, while Team Manager Niall O’Donovan has put pen to paper on a three-year deal.

Both Jerry Flannery and Felix Jones will now assume the roles of Forwards Coach and Backline and Attack Coach respectively, having moved into those positions last season following the passing of Anthony Foley.

Following retirement from playing and a stint in the strength and conditioning profession Flannery joined Munster’s coaching staff as Scrum Coach at the start of the 2014/15 season and has played his part in guiding the squad to two Guinness PRO12 finals and a Champions Cup semi-final over a three-year coaching period.

After an injury-enforced retirement from the game in 2015 Jones embarked on the coaching pathway as Technical Coach at the start of the 2016/17 season, reaching a Champions Cup semi-final and Guinness PRO12 final in the past year.  Felix will work with the Ireland coaching team for the final Summer Tour game against Japan at the end of the month.

In continuing his long association with the province Niall O’Donovan will remain as the Team Manager until at least June 2020.