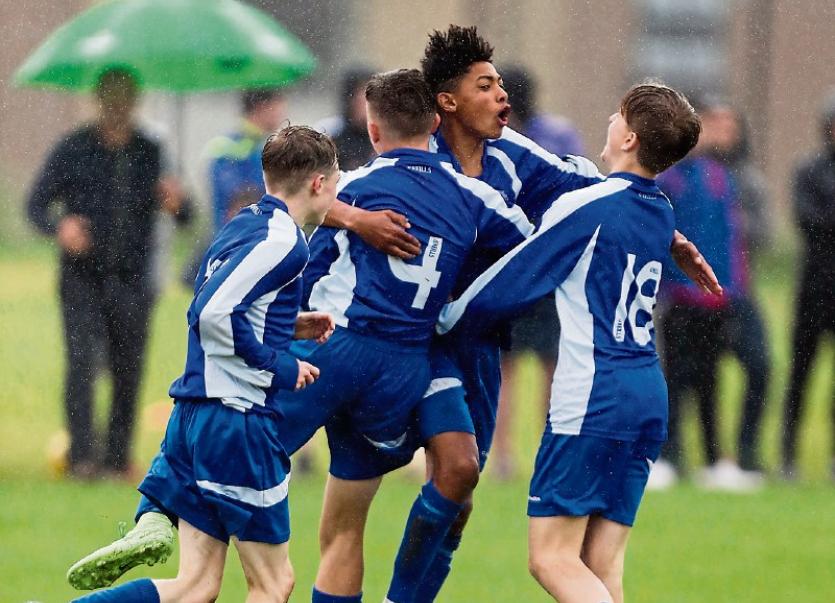 Both sides lost their opening fixtures on Monday, with Limerick District suffering a last gasp 2-1 defeat to the Athlone League, while Limerick County fell 4-0 to the Wexford League after a slow start.

Both Limerick sides will be desperate to pick up the three points on offer to keep their hopes of progressing to the quarter-final of the Kennedy Cup proper alive.

Limerick District complete their programme of Group 3 fixtures against the Wexford League at 4pm this Tuesday while, at the same time, Limerick County do battle with the Athlone League.

Meanwhile, the Limerick Desmond Schoolboy League, fresh from their opening night 2-0 victory over Carlow, take on the Kilkenny League in their second Group 1 fixture at 10.30am this Tuesday.

Limerick Desmond complete their group games against the Midlands League at 4pm.

A total of 96 games will be played on 10 pitches over the five days of the Kennedy Cup.

With 640 players, representing the 32 Inter-League teams from all over Ireland, 192 team officials, 36 referees, 95 league personnel from the various leagues on hand throughout the week, St Johns Ambulance Brigade, along with members of the SFAI organising committee, in the region of 1,100 people from all parts of the country have converged on Limerick for the feast of schoolboy football