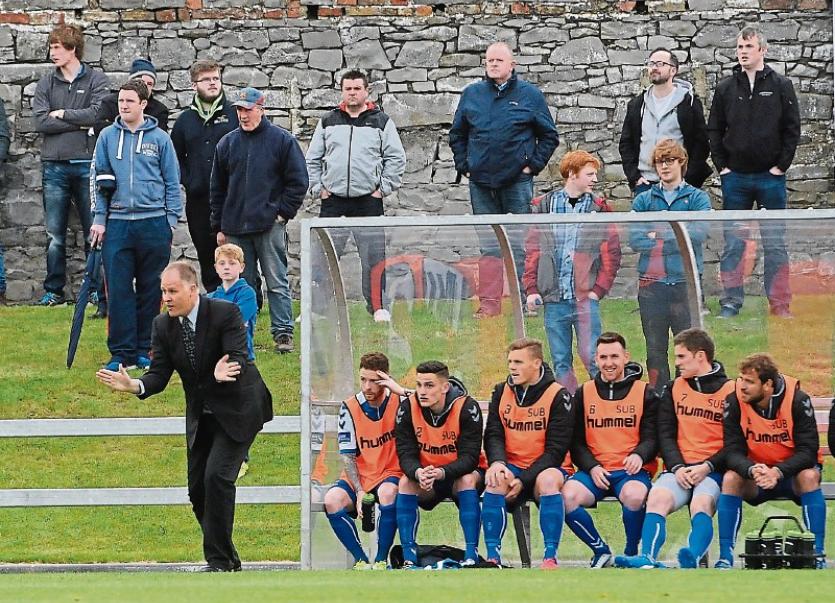 Limerick FC manager Neil McDonald will use the game to ‘have a good look’ at those who have not had much game-time, as well as a number of underage players.

McDonald will use the second edition of the Sporting Limerick Charity Cup to run the rule over certain players, including Stephen Kenny, Garbhán Coughlan – who scored for the Irish Colleges and Universities in France last week – and Seán McSweeney among others.

“I will have a good look at them. We will have a fair few first-team players and it will be a strong team.

“I’ll be having a look at a number of players. There will be a lot of young kids on the bench too – so there will be some of the Under-17s and Under-19s as well as senior players.”

Janesboro were crowned local Premier League Champions recently after claiming the title by a single point from Nenagh.

The inaugural Sporting Limerick Cup took place in June 2016, with Carew Park running out 2-1 winners at the Markets Field following goals from Mark McGrath and Jamie O’Sullivan, who is now at the ‘Boro. Limerick’s strike came from Paul O’Conor.

Admission on Tuesday night is €5, with Under-12s free.