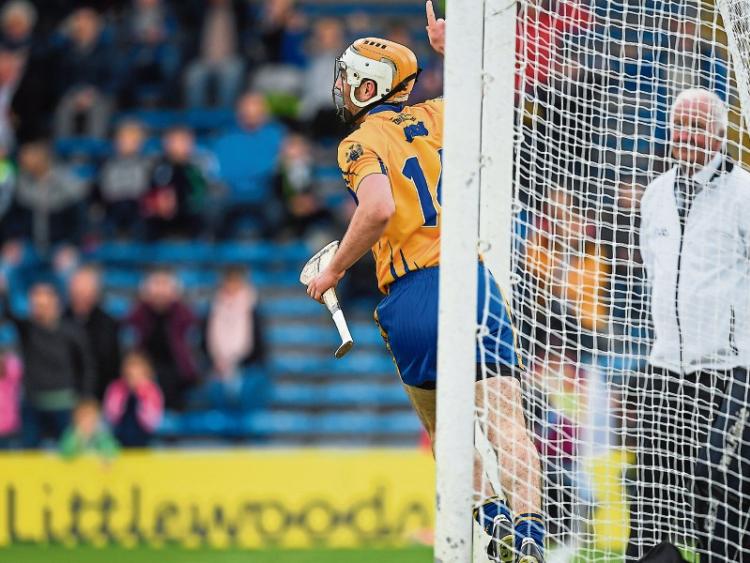 FOR A while I considered sugar coating the positives of last Sunday's defeat to Clare in the Munster hurling semi final but on reflection, I think that would be a disservice to all concerned.

There are some who look at games with rose tinted glasses in Limerick while others prefer to reflect what really happened. The four point margin at the end was not a true reflection of the grip Clare had on this contest. Had they won by ten points no one would have been surprised.

Clare were the better team by some measure and while Limerick did raise a gallop on a couple of occasions they never really looked like they could win this game.

Limerick were exposed during the National League particularly in defence, once again this was the case in this game. Clare inflicted pain early on with two goals from Shane O’Donnell.

When the Clare forwards ran at the Limerick backs they parted like the Red Sea and all day they were fire fighting against waving runs. Such was the start enjoyed by Clare most people expected them to be out of sight by half time. With twenty minutes gone they led 2-5 to 0-3 and Limerick had not yet registered a score from play.

It looked bleak at that stage.

Of the 2-10 that Clare had scored at half time 2-7 of it had come from play. It should have been a great deal more. Limerick rallied between the 20th and 25th minute and scored 1-4 during that period. The goal coming from David Dempsey after Kyle Hayes had done much of the hard work.

The Clare keeper, Andrew Fahy, spilled the ball and the in running Dempsey whipped first time to the net. Instead of moving on from this, Limerick failed to score for the last twelve minutes of the half while Clare added five points.

Limerick were lucky to be still in the game at half time. They were in trouble all over the pitch. Clare were burning them for pace and unlike Limerick they used the ball to much greater effect. We saw lots of wasteful hurling from Limerick. They over hit balls and some of their wides left a lot to be desired.

While the defence were in trouble so too was Nickie Quaid. He didn’t have a good day and his judgment was not sharp. He came off his line when he should have stayed but we also saw signs of that in the league.

For all of Clare's dominance Limerick were somehow only five points behind at the break. This was an achievement given that some players were in real trouble.

Mike Casey and Dan Morrissey struggled in defence, while James Ryan was struggling at midfield. It was left to young Kyle Hayes to rally matters in attack. He took the game to Clare and stopped the rot before the break.

Shane Dowling hit a few frees but once more in the white heat of championship he failed to make an impact from play. His lack of pace and inability to win primary possession saw him substituted in the second half.

Sean Finn had a good game at corner back. He worked hard and will learn from this game that clearing a ball is one thing but knowing where your man is, is another.

Richie McCarthy kept on trying his hand at solo runs out of defence but all too often he was curtailed and lost the ball. It was futile hurling. Declan Hannon held his line well but he lacked support in the half backline. In fairness Seamus Hickey did a good job on Tony Kelly.

I was surprised that Barry Nash was not started but when introduced at half time he added to what was a very tame attack.

By games end Limerick had taken off three of their starting six forwards so that in itself tells its own story. Points from frees by Dowling and from play by Dempsey and Nash had reduced Clare’s lead to three points, ten minutes into the second half. Those scores were undone when Conor McGrath showed craft to score his sides third goal.

They followed that with a further three points to lead 3-15 to 1-12 after fifty four minutes.

To Limerick's credit they didn’t give up. Three points followed, the best of them from Kyle Hayes and when the same player drilled a ball low to the net with only one minute of normal time left only four points separated the teams.

It was a great personal effort from Hayes. A kid of only nineteen years of age led the Limerick fight almost on his own and all too often the only Limerick player inside the 50 metre line.

I could see no pattern in Limerick’s play and they never hurled as a unit. We have lost the type of game that made Limerick relevant. They were back peddling for all the game and never really hit the sustained pitch that is required as this level.

I think most people expected to see some players that have been around the scene for a while now moved on last winter and that was a poor mistake on behalf of the management.

The right call is never wrong. This game is about hard calls not ones that keep people happy. After this game they have little option now but to make the calls that will serve Limerick better in the qualifiers but also in 2018.

Limerick still have major gaps to fill and making progress will not be easy. The quality of teams in the back door will make life difficult for Limerick. They have become accustomed to playing at a pace below the top teams. The journey ahead will require careful management but better now to make calls that will assist in the future instead of expecting and getting the same as before.

I have said before in this page that Limerick did not progress one inch over the previous three years. In fact they regressed and players that should be primed for the future walked or were given their walking papers.

Do I blame TJ Ryan for all of that? No I don’t. However, I hold the people in the County Board fully responsible for not only backing the people in charge but also extending their term.

The County Board played a key role in holding players and Limerick back but as usual I don’t expect any of them to admit their part in the demise.

Limerick have slipped well away from the top table of hurling and that really is heart breaking to see. I can remember times when teams were poor but by God they left everything on the field.

Winning a bit at underage is one thing but making senior hurlers out of them is a very different story. I said in recent weeks that the entire structures of Limerick GAA need to be seriously examined and unless this is done I really fear for the long term future of our games.

I said last week that this game would give us an idea if Limerick had closed the gap between league and championship. While we did see some improvements from a few players I think it’s fair to suggest that many of the problems that existed in winter have not improved by the summer.

It was surprising to see Limerick struggling for pace at various stages of the game. They just didn’t look at the levels we have seen now from Cork, Galway and Clare. Why is that?

Once more Limerick limp out of the Munster championship and now await what the qualifiers give us. I really hope the management look on this as an opportunity and make changes to their team.

It has to happen and if they do that then what ever about this year they might just get the shape right for next year.