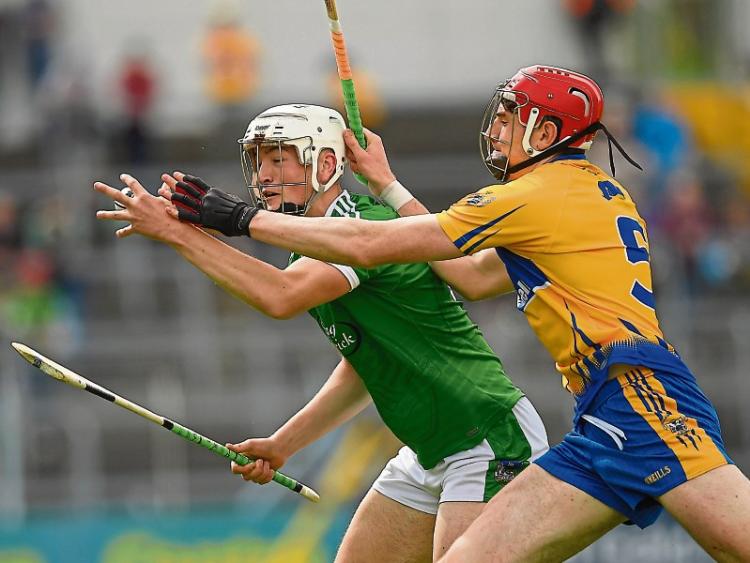 DEFEAT was Limerick’s lot in Thurles this Sunday in the semi final of the Munster Senior Hurling Championship.

Limerick trailed by five points at half time but never really had Clare under pressure in the second half.

Limerick are now into the July 1 All Ireland SHC Qualifiers.

Clare were 2-10 to 1-8 ahead after a pulsating opening half in Semple Stadium. It was a half where Limerick played with the breeze but hit 11 wides, compared to four for Clare. It was also a half that saw Limerick errors punished for both Clare goals.

Two Shane Dowling frees had Limerick off the mark early but then Clare took over in front of an attendance of 19,168.

The opening goal came just inside five minutes. A pass from Kyle Hayes and Dan Morrissey was intercepted and when the ball was then played into the full forward line, Richie McCarthy and Nickie Quaid were caught challenging for the same ball and when possession broke to Shane O’Donnell he made no mistake.

Less than 10-minutes later, O’Donnell struck again for another goal.

This time McCarthy failed to clear when battling with Aron Shanagher and again the sliothar fell to O’Donnell, who made it 2-2 to 0-3 with 13-minutes played.

But there was a response from John Kiely’s men and it was impressive with 1-5 without reply in a six minute period, which coincided with a new of positional switches in attack.

The first of the six scores was a Peter Casey point and this 19th minute score was Limerick’s first from play.

Cian Lynch struck the next two from play before a goal.

Earlier Kyle Hayes had seen his shot saved but this time round David Dempsey made no mistake to find the net after a Lynch shot for goal had been saved.

Dowling (free) and Paul Browne points followed to level the game 1-8 to 2-5 with 24-minutes played.

Limerick weren’t to score again – Clare finished on top with Conor Cleary, O’Donnell and John Conlon on the mark for a three point Banner interval lead.

Tony Kelly was wide with a penalty but the goal that Limerick needed only came in the final minute from the teenage Kyle Hayes.