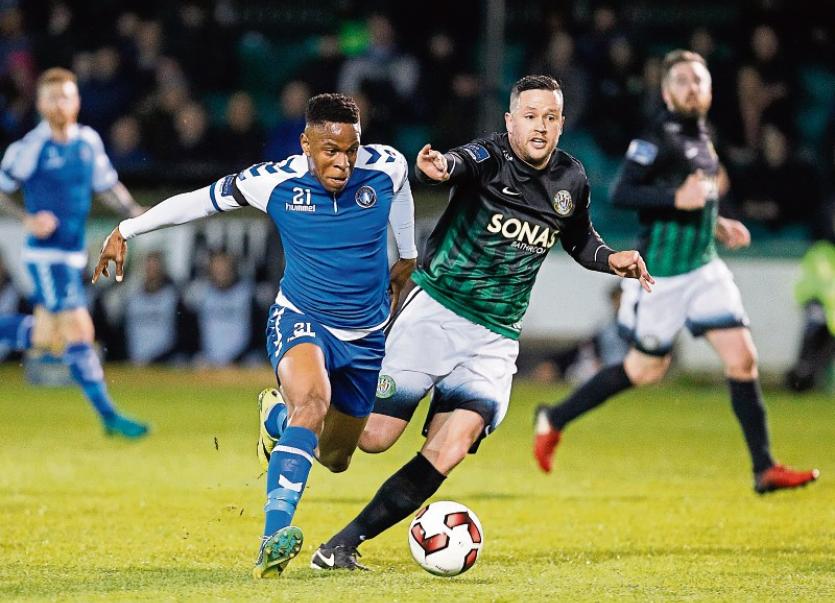 An official attendance of 1,447 was in raptures as the full-time whistle sounded on a vital win for Neil McDonald’s side.

FANTASTIC SUPPORT: Another memorable night at the Markets Field with the 1,447 in attendance more than playing their part! #LimerickFC pic.twitter.com/j8IZVYxSl4

Limerick looked to have missed out on their first home win in the top flight since mid-April when Bray rallied from falling 2-0 and 3-2 behind to draw level.

Indeed, in truth the visitors had appeared the more likely to grab a winner until Frenchman Bastien Hery, who had conceded the penalty goal to allow Bray draw level, put Limerick back in front with a terrific low strike to the net in the 87th minute.

And substitute Dean Clarke eased any lingering Limerick nerves when he fired home the home side’s fifth goal a minute from full-time.

This was just Limerick’s second win in their last nine Premier Division fixtures.

Limerick FC captain Shane Duggan missed the game with a groin injury, while  striker John O'Flynn was ruled out with a thigh injury and defender Barry Cotter because of a knee problem.

After an even opening to the game where both sides struggled to create anything by way of a decent chance, Limerick FC took the lead on 15 minutes.

Man of the Match Cheidozie Ogbene, who terrorised the Bray defence all night, seized on a wayward Bray pass on the half way line before charging through on goal and smashing a terrific low drive past Wanderers ‘keeper Peter Cherrie. 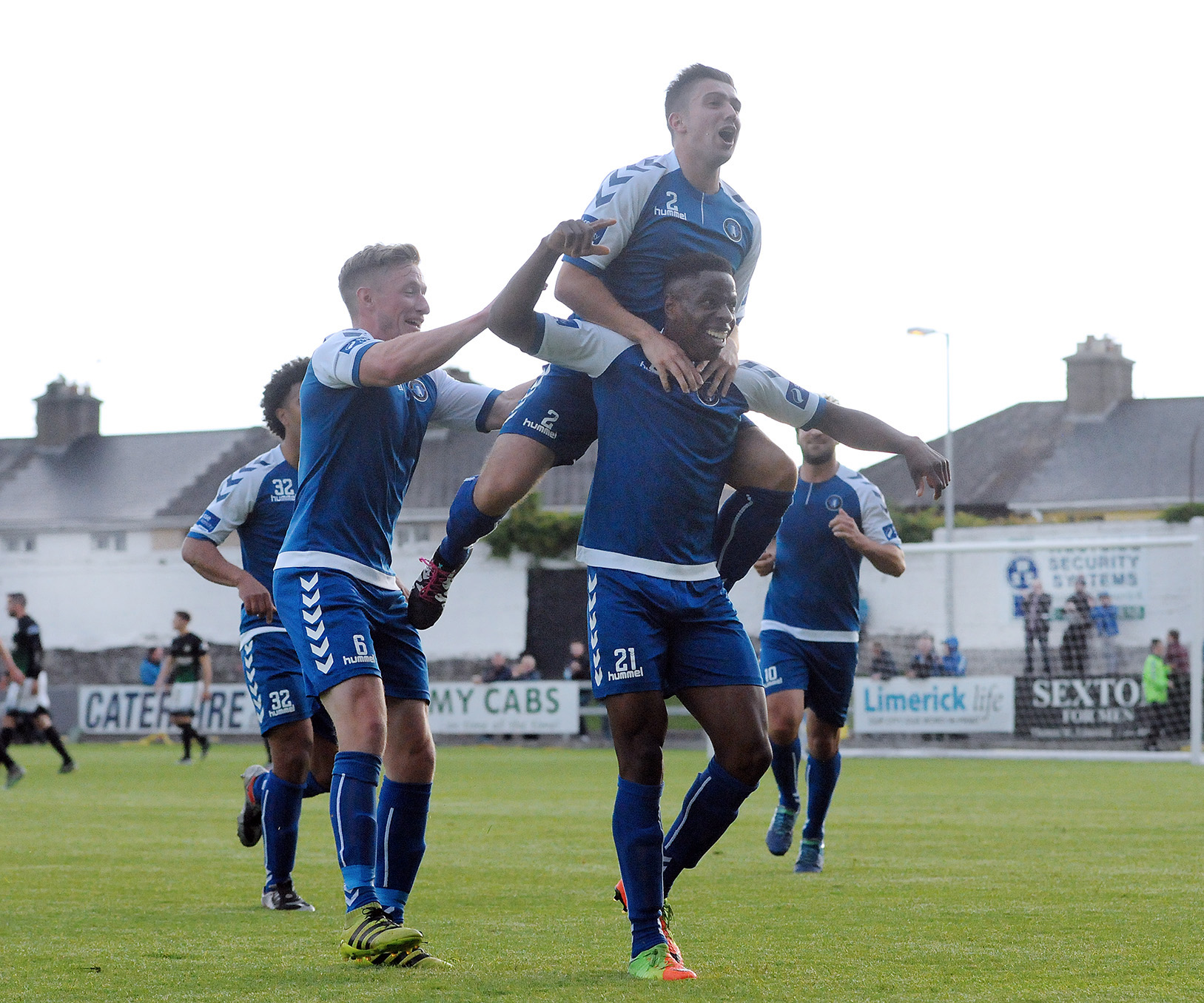 The goal was greeted with a huge roar from the Limerick faithful hoping to see a first home win since the Drogheda fixture in April.

Limerick could well have made it 2-0 moments later when Lee Lynch crossed from the right. but Rodrigo Tosi’s downward header was pushed behind by Cherrie.

The home side did double their advantage a few minutes later when the excellent Ogbene cut in from the right, leaving a couple of defenders trailing in his wake before finishing smartly from inside the box.

However, if the Limerick fans expected Bray to lie down easily, they were mistakes. Celebrations had hardly died down after the home side’s second goal when Ryan Brennan pulled one back for the seasiders.

Limerick lost defender Shaun Kelly to injury just before the half hour mark, with the Donegal man replaced by Dean Clarke.

The home side regained the lead on 33 minutes when substitute Clarke’s cross was superbly headed home by Limerick’s Brazilian striker Rodrigo Tosi.

Limerick managed to retain their lead until half-time. The home side lost defender Tommy Robson, on his final home appearance before his return to Sunderland, to an unfortunate leg injury in the 50th minute.

Bray drew level on 70 minutes when Bastien Hery was judged to have fouled Ryan Brennan inside the box and Gary McCabe duly converted the spot kick.

As the half wore on , Bray looked the more likely side to grab a precious winner.

However, the complexion of the game changed utterly with those two goals inside the final five minutes from Hery and Clarke on a dramatic night in Garryowen.