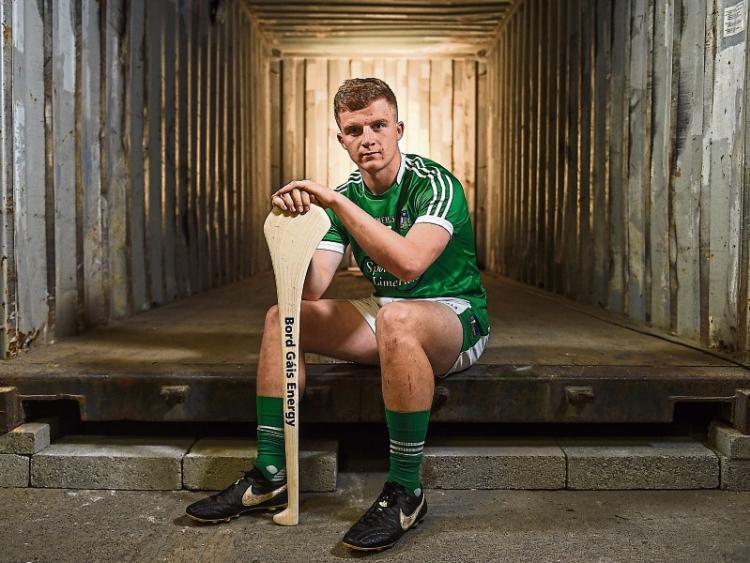 PETER Casey is adamant that inexperience won’t be an issue for Limerick in Sunday’s Munster SHC.

The Na Piarsaigh man is one of nine members of John Kiely’s 31-man panel that is still underage for the U-21 grade this season.

Indeed, it’s a busy few weeks for Casey and his U-21 colleagues – they play Tipperary in the Munster U-21 Championship on June 22.

“There is a gulf in class there is no doubt about that but if you look at Cork and see the amount of young fellas they had in their team, I think it shows that young fellas can make the step up,” Casey told LeaderSport at the Bord Gais Energy U-21 Championship launch.

“There are nine of us and in fairness to John (Kiely) and Pat (Donnelly) there is great communication there to make sure that we are not overworked or burnt out. John has been involved with the U-21s in the last few years so he knows what’s involved for them and there is a great balance there,” he said.

“I remember the first couple of times training and there were nerves, but at least I was going in with my brother (Mike) and there was a big group from Na Piarsaigh. I remember some of the younger lads used to sit in the corner at the start and stay away from the likes of Tom Condon!” he joked.

”This is my first year involved with the senior set-up so it’s all pretty exciting and but then again I can’t forget about the U-21s because that’s pretty much my own team.

"I guess it’s my third year at U-21 level, but I did only come in about half way through the All Ireland winning year (2015). John (Kiely) has brought great energy to the set-up - the whole thing is brilliant and he has made sure that there is a step-up from when he was U-21 manager," he outlined.

”Sunday is a massive game for Limerick hurling and we know what a win would do for the whole county and the U-21s, the minors and all the teams down along to U-14. After the Cork win over Tipperary, no one will want to be going into the All Ireland Qualifiers,” he suggested.

He adds: “Probably Clare will be favourites but we are just looking to make sure that we are at our best”.

After Sunday, there is just over two weeks until the U-21 quarter final with Tipperary in the Gaelic Grounds.

“We need to build on last year. The U-21 is unique because it is still knockout and that adds its own excitement. We started well, last year, with a win down in Cork and any win down there is good. Then against Tipp we never got going and that’s why we won’t be looking past Tipperary this year,” he stressed.