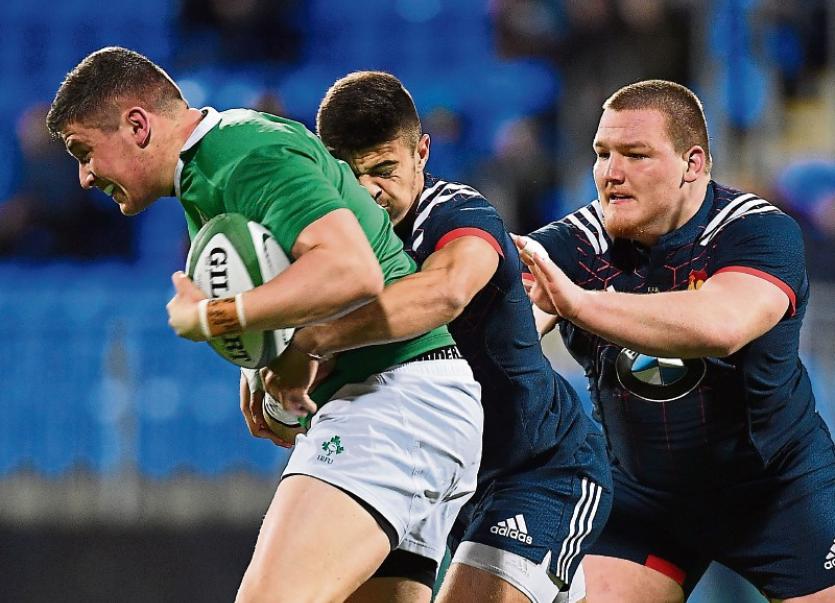 A total of eight Munster players are named in the matchday 23, including the six starters.

The Young Munster duo of Fineen Wycherley and Gavin Coombes are included in the second and back row respectively.

Wingers Colm Hogan, formerly of Glenstal Abbey School, and Calvin Nash, the Young Munster winger who made his PRO12 debut for Munster this season, start in the backs with half backs, Shannon’s Jack Stafford and Alan Tynan, of Young Munster, named among the replacements.

Ireland, beaten finalists in the 2016 World Rugby Under-20 Championship, face Scotland in their second pool fixture on Sunday, 10am Irish time, before completing their programme of games against New Zealand on Thursday, June 8 at 12.30pm Irish time.

The Pool B opening game against Italy will be televised live on eir Sport 1.