Big contingent in for opening game against Italy 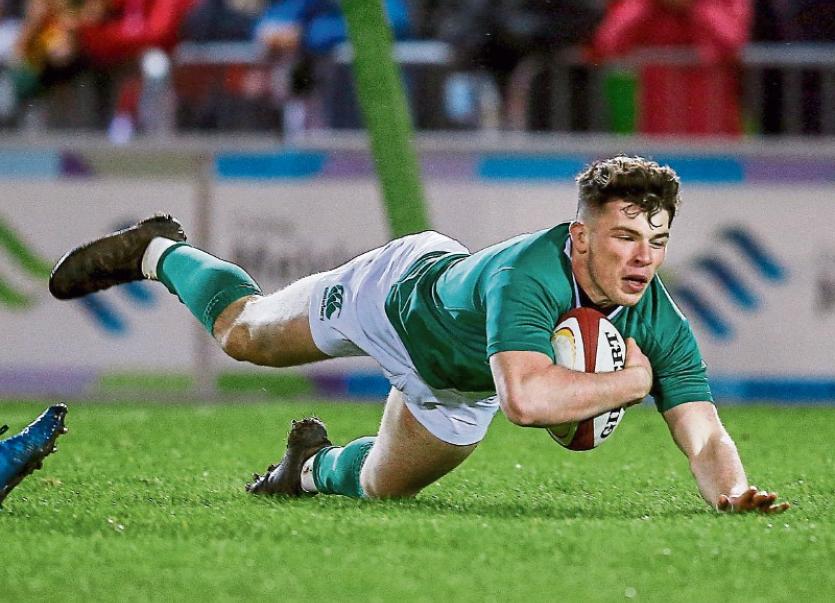 SIX Munster players have been included in Ireland’s starting team to face Italy in their World Rugby Under 20 Championship opener this Wednesday in Georgia, 12.30pm Irish time.

The Irish U-20s backline for the Pool B opener includes Young Munster’s Calvin Nash on the left wing, while ex-Glenstal Abbey School star Colm Hogan will start on the right wing.

The Ireland pack includes UL-Bohemian prop Joey Conway, Garryowen hooker Diarmuid Barron, while the Young Munster duo of Fineen Wycherley and Gavin Coombes are selected in the second row and back row respectively.

Barron will win his first cap at this level in the game.

Speaking ahead of the opening game, Ireland U-20 coach Peter Malone said: "This Junior World Championship is always an exciting competition and the we are looking forward to the challenge ahead of us.

“We are looking forward to the game against Italy and starting the tournament. Having played them a few months ago in the 6 Nations, we know they are not a team to be underestimated, but the team are excited, focused and determined to make a good start.”

Ireland's Pool B fixtures will be shown live on Eir Sport. The tournament will also be shown on ITV and streamed via the World Rugby website.