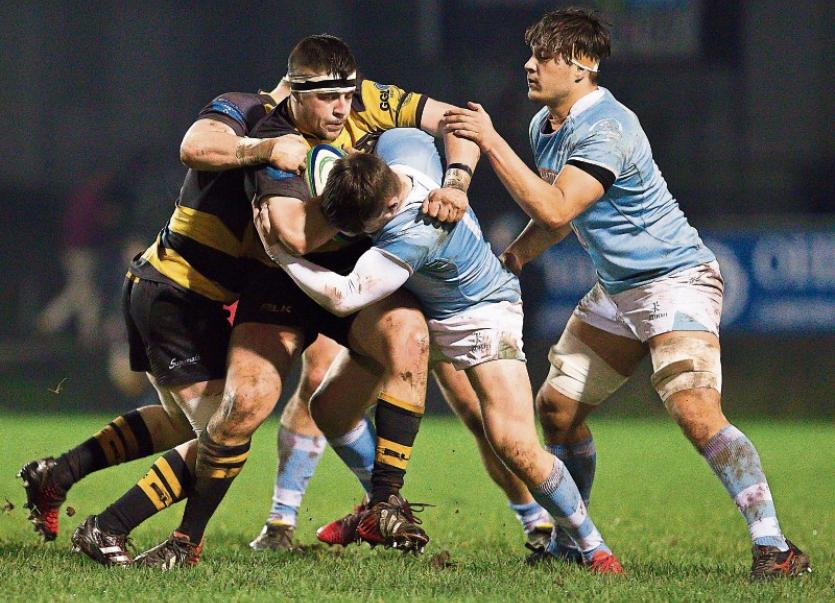 Young Munster's Colm Skehan, who has been nominated for a Provincial Player of the Year Award at Thursday's Ulster Bank League awards

YOUNG Munster out-half Alan Tynan, who has been included in the Ireland U-20s squad for the upcoming World Rugby U20 Championships in Georgia, is also been short-listed for the Division 1A Rising Star award at today, Thursday's, annual Ulster Bank League awards.

Tynan, who played a key role in guiding Munsters' to the last four of the AIL, when he scored a brace of tries, is one of four players short-listed for the accolade.

Another Limerick-based player on the short-list to be honoured at the fifth Ulster Bank League Awards which take place at the Aviva Stadium is Harry Fleming, of UL-Bohemian, who is nominated in the Division 1B Player of the Year category along with the Buccaneers duo of John Sutton and Jordan Conroy as well as William O'Brien, of Naas.

Meanwhile, Colm Skehan, of Young Munster, is one of four players in the running to receive the Ulster Bank Provincial Player of the Year which runs across all five divisions of the Ulster Bank League and is decided by public vote.

The other three nominees, all from Division 1 champions Cork Constitution are Luke Cahill, Niall Kenneally and Tomás Quinlan.

The Ulster Bank League Awards celebrate the players, coaches and teams who continually strive to be the best in club rugby.

This year will also see the introduction of a new category, ‘Club Volunteer of the Year’ accolade.

The award will identify the individuals who work tirelessly in the background at their club and these nominees are put forward by their own club representatives.

Ireland head coach Joe Schmidt will present the awards to the winners.