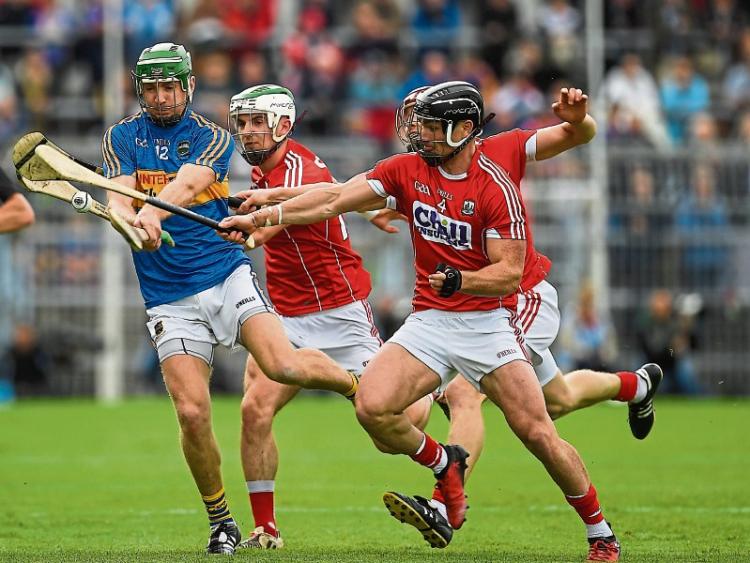 THE Munster hurling championship has a special place for many people and last Sunday this championship came alive when hot favourites Tipperary were sent packing by Cork.

This game provided a massive boost for the start of the hurling championship and it proved that if a team have done the work then anything is possible. Hurling in Munster needed a game like this and its outcome will give hope to teams like Limerick.

It’s been a while now since I witnessed such drama in the Munster championship. The large crowd of over thirty thousand were on the edge of their seats as the ball swung up and down the field. The most important aspect in this game for me was the quality of Cork's hurling. They moved the ball with great pace and their hurling was crisp.

They had Tipperary in huge trouble in all parts of the field and this win will see them play with even more confidence in the year ahead. The result of this game has set the foundation for a great championship and we all hope that Limerick will bring the same sort of energy to Thurles against Clare. One thing is clear there is no place to hide in a championship game.

The level of energy and running that Cork displayed caused a lot of problems for Tipperary and if Limerick bring the same sort of drive and energy then they will have a serious chance against favourites Clare.

The pitch in Thurles was in the best condition I have seen for some years. The grass was short and it suited direct hurling. The Limerick management will know the task facing them. I would expect they will be well drilled on what Clare have to offer by coach Paul Kinnerk who spent many years with the Clare set up.

Clare played Galway last week in Cusack Park and they were very impressive. They turned on the style and gave Galway much to think about. Clare will have their final build up this week when they face Waterford behind closed doors in Thurles. Limerick played Dublin last week in the Gaelic Grounds and they enjoyed a win here. That game and the performance will lift confidence for the Clare contest.

The Munster championship has a way of getting the best out of players and teams and last Sunday’s game has set the tone for others to follow.

With Tipperary going the back door route it has blown the Munster championship wide open. Limerick and Clare in particular have the chance of booking a place in the final but also booking an All-Ireland quarter-final spot. One win could really shape their year and from the Limerick point of view it would be a huge step forward. Cork had their team right for the day and we can only hope that the Limerick management will have all angles covered.

I was speaking to the Cork manager Kieran Kingston after his side's win over Tipperary and it was interesting to hear him say that the club championship games were a help to his players, “We had no problems with the lads going back to their clubs two weeks before we played Tipperary. We stressed to them that we wanted them to show leadership for their clubs and that we didn’t want to be looking for them when we went to games.”

Kingston felt that move took pressure off his players and also took them away from the pressure cooker environment that county hurling has now become, “To be honest we really enjoyed the build up to the game. I could see lads were going well and most of all our hurling was good. We worked hard on improving the quality of our hurling and that stood to us against Tipperary.”

It was altogether a different story in Tipperary where management were upset that club championship games were played while some in the know felt they didn’t spend enough time with their clubs.

In fairness to Cork they have always put club games on regardless of county duty and others could do well to follow them. County players should be the leaders of club teams but we have seen little of that in recent years.

Club form stands for something and I know that Brian Cody has always placed huge value on it. He made no bones about telling players go and deliver for their clubs and it has served Kilkenny well.

The clock is now very much ticking for Limerick v Clare in Thurles. This is a massive game for Limerick and it might just be the start of a new era in Limerick hurling. This will be the week for planning and plotting.

I would say the management know their starting fifteen well in advance of this game and it will be about getting the message through to all concerned.

Tickets were released for sale last week and I hope supporters will make the effort to travel.