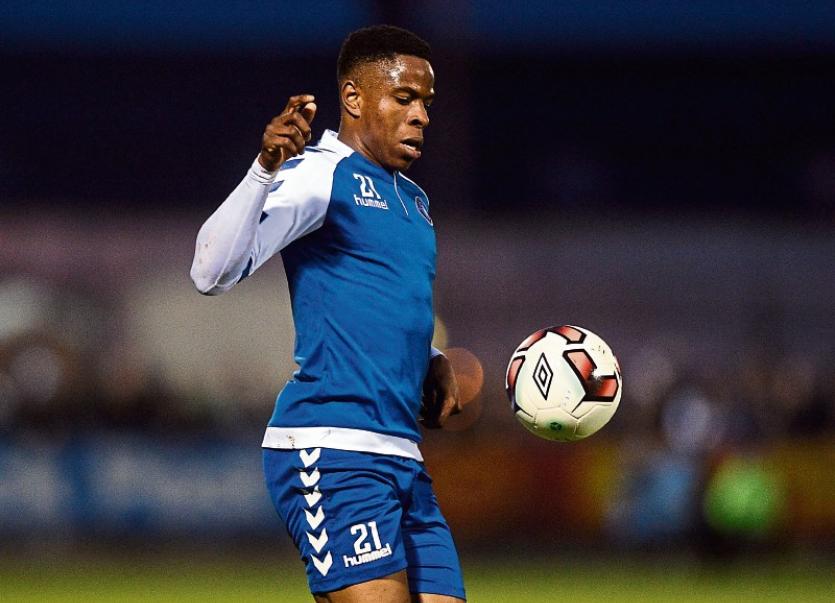 Limerick remain sixth in table after picking up their first win in seven SSE Airtricity League Premier Division games in Dublin over the Gypsies.

The Blues face their second league fixture in the space of 72 hours when travelling to Ballybofey to take on Finn Harps this Friday evening, 7.45pm.

The game in Donegal with see new Limerick FC manager Neil McDonald take full charge of the side for the first time.

Ogbene played a key part in the build-up to Limerick’s precious winning goal against Bohemians as his 82nd minute goalbound shot was deflected into the net by a defender.

Ogbene, who has impressed since joining Limerick from Cork City before the start of the 2017 season said: “It was a difficult game. Bohs played a great game. Obviously to go 1-1 in the first half was nerve-wrecking but look, we settled ourselves, we regrouped and we got our tactics right, attacked and pressed high.

“The ball came in back post and my main aim was to direct it towards the goal and the defender managed to hit it when it was going in.

“Look, a goal is a goal, we are happy with the three points. It was a massive three points for us knowing that earlier in the season we have dropped a few points.

“As you know our aim is to get top four and just take it game by game, try and win tonight and then go to Finn Harps on Friday, collect as much points as we can and kick on through the season.”