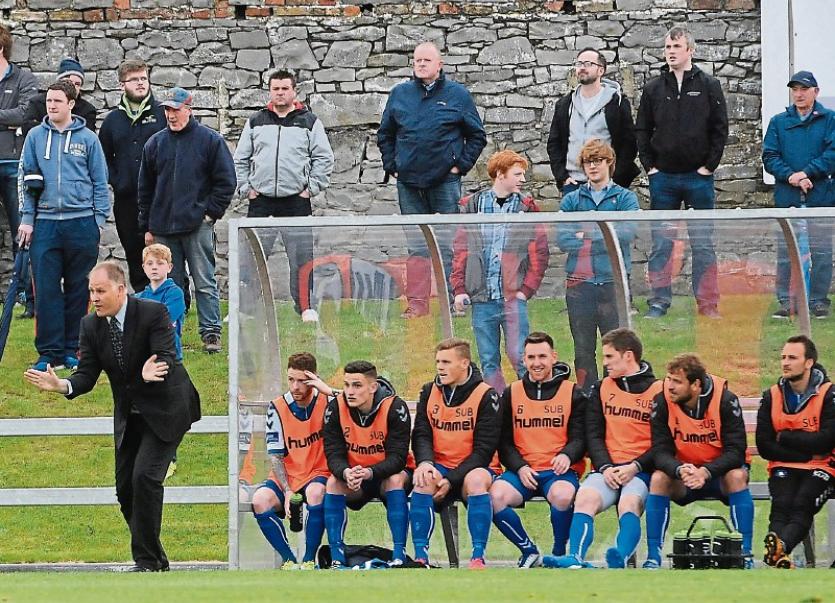 LIMERICK FC's new manager Neil McDonald expects to be in a position to strengthen his squad significantly during the summer transfer window.

Limerick remain sixth in the Premier Division of the SSE Airtricity League, just three points above the relegation zone, following a frustrating 3-0 home defeat to champions Dundalk at the Markets Field on Friday night.

The sending off of goalkeeper Brendan Clarke for a deliberate handball outside the penalty area left Limerick facing an uphill battle against Stephen Kenny's side.

Limerick face a quick return to action as the Blues travel to Dalymount Park to face Bohemians tomorrow, Tuesday evening at 7.45pm. While interim manager Willie John Boland will take charge of the Blues against Bohs, the newly arrived McDonald will be at the helm for Friday's visit to Ballybofey to face Finn Harps.

“Fingers crossed that we can push that forward and I say we have a few weeks to try and bring players in to strengthen the squad as much as we can. I have had a couple of good responses which is excellent and we will try and continue that as much as we can.”