New Limerick FC boss Neil McDonald: 'We have lots of work to do' 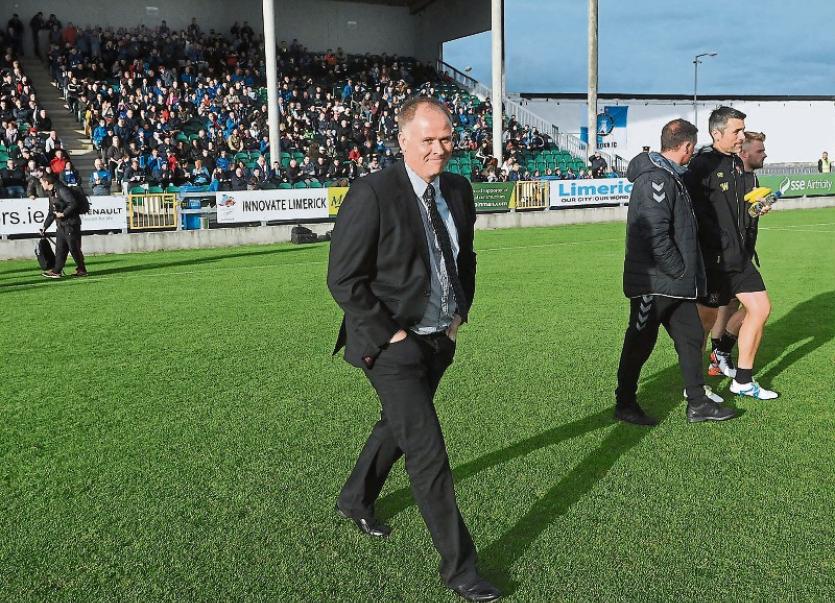 NEW Limerick FC manager Neil McDonald appreciates the amount of work the side has to do in the Premier Division following their 3-0 defeat to Dundalk at the Markets Field on Friday night.

The loss of goalkeeper Brendan Clarke to a red card in the 20th minute proved a key moment in the game which attracted 1,669 spectators to the Garryowen venue.

Dundalk scored all three of their goals following Clarke’s dismissal. Limerick remain sixth in the Premier Division, just three points above the drop zone as a result of their defeat.

Asked for his impression of the standard of football played in Friday night’s game at the Markets Field, McDonald said: “If that is what the league is all about then we have lots of work to do.

“Certainly, playing 11 v 11 gives you half a chance or a better chance, but when we went down to 10 men they bossed the game, passing the ball and shifting direction to give themselves one on ones and stuff like that. They took their goals really well.

“I thought we started off ok, passed the ball quite well and moved it about the pitch, but when you lose your goalkeeper it leaves you with an uphill battle.

“They obviously passed the ball quite well, I was impressed with them, the way they play.

“They had more space to do that and they punished us whenever they got behind the back four. We can certainly defend better for the three goals, but on the whole, it was a difficult night going down to 10 men.

“I asked for a clean sheet second half, try not to concede again and we almost got there. The lads showed lots of enthusiasm and hard work. They certainly didn’t give up.

“It is easy to drop your heads when you lose one or two goals and feel sorry for yourself, but they battled away in the second half. All credit to them for that.”