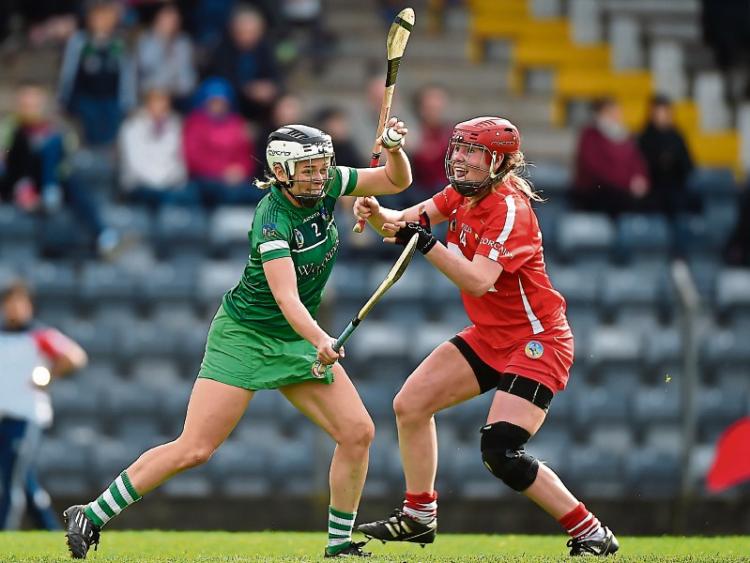 LIMERICK won the Munster Senior Camogie Championship for the first time ever this Saturday.

Limerick defeated champions Cork in the final, 1-13 to 0-14 in Charleville.

This time round there was no denying Limerick, who had a captain fantastic in Niamh Mulcahy. The Ahane attacker finished with 11-points from frees.

After suffering a league semi final defeat to Cork in early April, Limerick got a tonic start to this Munster final.

Just 35-seconds had lapsed when Caoimhe Lyons crashed to the net for the game’s only goal.

The first Mulcahy free of the day and a fine Cliona Lane point followed as Limerick led 1-2 to 0-1 after less than four minutes of play.

But Cork soon came to life.

Amy and Gemma O’Connor had points to settle the champions.

Mulcahy hit back with another free but then a run of scores was to have Cork 0-8 to 1-3 ahead by the mid-point of the opening half.

But Limerick were to dig deep and the John Tuohy managed side hit the last seven points of the first half to lead at the break 1-10 to 0-8. The first six of the scoring burst came from Mulcahy frees.

The half had started with a Lyons goal and the Monaleen corner forward had the final say with a nice point.

Scores weren't as plentiful in the second half with just three Mulcahy frees for Limerick.

It was 1-13 to 0-12 entering the final minutes and while Treacy and Cotter had points Limerick held on for a famous win.

There is little time to celebrate – the All Ireland championship commences on June 10-11. Limerick are grouped with Cork, Offaly, Tipperary and Wexford.