Ivan Morris – Ballykisteen a great venue for the EuroPro Tour 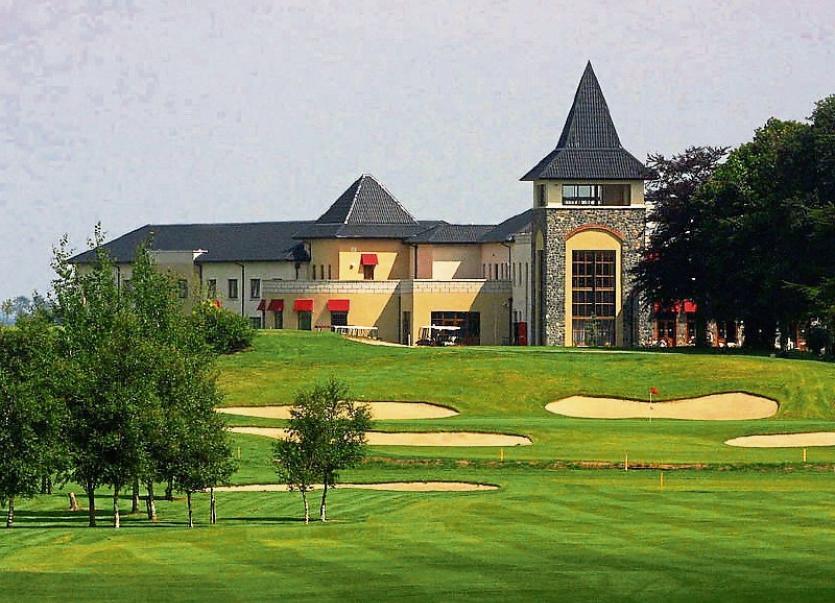 Ballykisteen Golf Club at Limerick Junction came in for the highest of praise from the travelling circus of the mostly youthful pros of the EuroPro Tour competing in The Great National Hotels Irish Masters last week.

Those of you who missed it can view the recorded highlights on Sky Sports on Tuesday next, May 23. What will be shown is bound to whet appetites for an early visit to the pretty, well-maintained and easily accessible venue on the Limerick/Tipperary border.

With Open Day Competitions held on every Monday and Wednesday throughout the summer months (entry fee is a derisory €15) there will be plenty of opportunities ahead.

BallyK may have offered up a feast of birdies but there was also enough risk and punishment elements in the course set up to 'exert payment' from the greedy and mentally careless. More than a few double bogies, especially on the treacherous, par-3, 6th and the two par-5s, Nos. 16 and 18 were thrown into the mix.

Limerick's Tim Rice was only one of those 'de-railed' when making storming progress upwards through the field in both the second and third rounds.

With England's Sam Robertshawe, the leader in the clubhouse, having finished his 54-holes journey in -13 (69, 69, 65) almost two hours ahead of the final group, the spectators went in search of the most likely challengers.

They thought they found him too. With a blistering opening salvo of five birdies on the trot, another birdie on the 10th and yet another on the difficult par-3, 15th Dermot McElroy from Ballymena, seemed to be the most likely winner when moving onto the -14 mark with only three holes to go. An errant, stumbling finish of 6,4,6 against a par of 5,4,5 tripped him up.

A loose approach shot found water on the 16th and a nervous 3-putt on the 18th green meant a second successive runner-up finish instead of a maiden victory for the Northern Irishman. On the bright side, McElroy has now ascended to the No. 1 position in the EuroPro Tour's Order of Merit from which the top-5 will automatically qualify for promotion to the Challenge Tour in 2018 but he must have kicked himself all the way home to County Antrim.

Scotland's Sean Lawrie (son of Open Champion, Paul) joined McElroy in second spot on 12-under par, both settling for £4,500 while the winner took home £10,000.

Muskerry's Niall Turner, who plays most of his golf on the Asian Tour, had a one-stroke lead entering the final round, but a level par 72 saw him slip back into fourth place, two shots behind the winner.

Watching the golf on TV at Sawgrass last weekend reminded me of the old sayings: Putts always break towards water. Another piece of received wisdom states that putts break away from mountains - if there are any nearby.

Well, it all depends, doesn't it? I have had enough experiences to the contrary that I would not call that advice foolproof by any manner of means. If it isn't, why mention it all?

On older (settled) courses, you can be fairly certain that putts will break toward the low point of the course (where water resides) or away from the high points but as a general rule of thumb it is not (always) the case on modern, newly-constructed golf courses where a lot of soil and sand has been moved around.

In such cases, it becomes much more difficult to 'read' the terrain. Older courses were 'cut' from the land and are 'more natural'.

It's just as important to be able to 'read' the grain of the grass because it effects the way the roll rolls almost as much as going uphill or downhill.

All grasses have some grain but some have more grain than others - go figure all of that out when you have 30-seconds to sink you next putt or, if you have designs on being a master putter.

The least amount of grain occurs on extremely fast green surfaces like those at Augusta during The Masters. The grass there is cut so low the grain is cut off.

In theory, they should be the easiest greens of all to read but try telling that to the competitors!

Of course, the most difficult factor of all to deal with when reading a putt is the optical illusion - there is a lot of it about because whenever I play golf with my brother, Dermot, we never agree on the break of a putt even if we are playing at our home course, where we have been golfing for fifty-plus years.

Watching the pro action at BallyKisteen made me realize, to make progress at this level you must have been a dominating (bullet-proof) amateur with a CV 'bursting' with wins first. A fast transition from elite amateur to the pro game is critical. Otherwise, it's a quagmire! Playing golf in division 3, is no preparation for tour school. Golfers who spend too long on the mini tours rarely make the jump up to the main tour and eventually the aspirants run out of money.