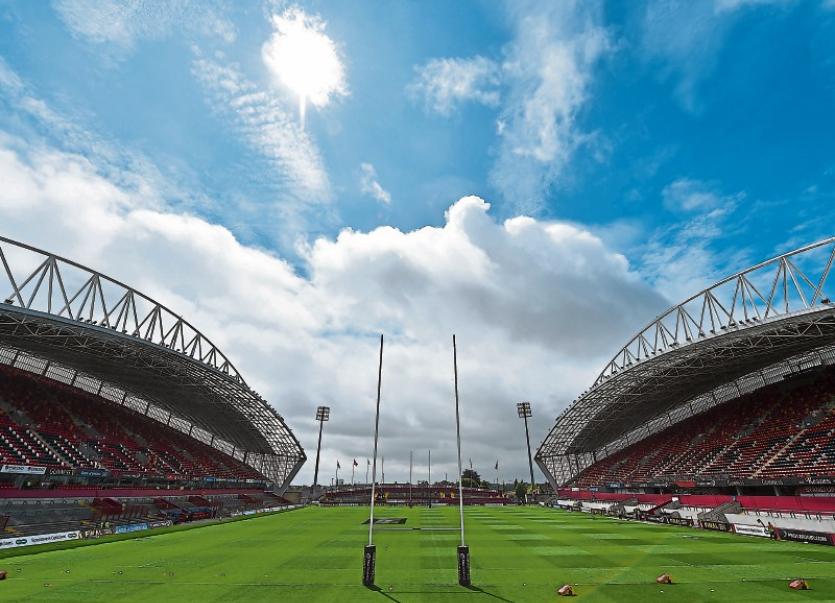 Thomond Park plays host to Munster and Ospreys this Saturday

Top ranked Munster will be looking to secure a final clash with either Leinster or the Scarlets at the Aviva Stadium on Saturday, May 27.

A home team is yet to lose a semi-final in the Pro12 and Munster have been installed as unbackable 1/6 favourites with the bookies to defeat the Welsh region this weekend.

Munster are expected to give a first start in several months to scrum-half Conor Murray on Saturday as the Limerickman made a successful return from a shoulder injury when introduced as a second half replacement in the recent Pro12 win over Connacht at Thomond Park.

Munster are also expected to name Kiwi out-half Tyler Bleyendaal in their match-day squad. Bleyendaal suffered a bicep injury in the Pro12 victory over Connacht two weekends ago and there were fears that he would be sidelined after undergoing a scan.

However, Munster fans will be relieved to hear that Bleyendaal has recovered quicker than expected and is set to make a return to full training this week.

Erasmus said: “The way we play and the way we plan for the game shouldn’t be influenced by pressure. It always does a little bit, but it shouldn’t be, and we should try and overcome that.

“To answer you, maybe in as long a way as you expected I would, is that we don’t have an excuse.

We have played all these teams in the Pro12, it is not like we are a newcomer in Europe and we haven’t played Saracens or Toulouse.

“It will be tough, but we have played these teams before and we should be in with a good chance. But they will believe exactly the same.

“We have no reason not to be focused and to underestimate this. We could say before Europe that we hadn't played Saracens, let's see how far we can go.

“Although we feel the same, we actually write these names down on a piece of paper and we can say, 'We've played all of these teams twice now, so you should know what to expect.'we have no reason not to be focused and to underestimate this. “We could say before Europe that we hadn't played Saracens, let's see how far we can go.”

Leinster host Scarlets in the first of the Pro12 semi-finals at the RDS on this Friday night, 7.45pm.

Garry Nucifora, the brother of IRFU performance director David, is the Executive Director of Sport at Bond University located on the Gold Coast, Queensland.