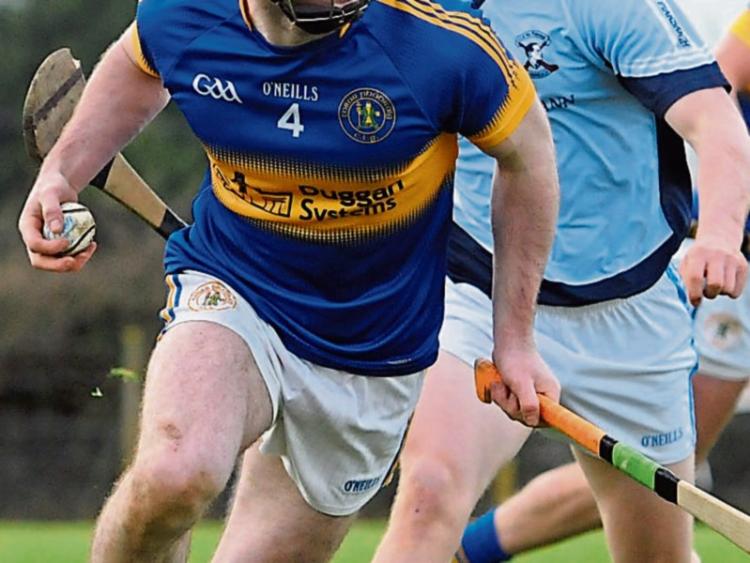 THERE were four games in round two of the Credit Union Limerick SHC this Saturday evening with 2016 All Ireland club SHC winners Na Piarsaigh putting down a big marker with defeat of reigning county champions Patrickswell.

Elsewhere, Ahane and Ballybrown drew while Monaleen had a 3-16 to 1-14 win over Cappamore in a repeat of last season’s Premier IHC final.

Na Piarsaigh welcomed backed inter-county man Peter Casey from injury and he hit four points from play in their nine point win over The Well.

David Dempsey had an early goal for Na Piarsaigh but this was cancelled out on 12-minutes by a Lar Considine goal to put Patrickswell 1-4 to 1-3 clear. At half time Patrickswell were 1-8 to 1-6 ahead.

A Kevin Ryan goal entering the final quarter put the Caherdavin side 2-13 to 1-12 ahead and the win was copper-fastened in the final minutes with an Adrian Breen goal.

In the curtain-raiser in the Gaelic Grounds, a 14th point of the evening from Alan O’Connor rescued a draw for Ballybrown against Ahane.

But O’Connor and Tom Morrissey engaged in a free-taking shoot out for much of the second half and it was O’Connor’s injury time free that levelled.

In Caherconlish was the clash of the two promoted sides.

Cappamore raced into a 0-5 to 0-1 lead after 12-minutes but a John Nicholas goal brought Monaleen into the contest. Cappamore still led 0-7 to 1-2 on 23-minutes but then all fell apart for the east Limerick men.

Monaleen were to score 2-6 in seven minutes before half time with goals from Conor Nicholas and Ger Collins for a Monaleen lead of 3-8 to 0-7 at half time.

Cappamore had a second half goal from Bill Creamer but Monaleen were worthy eight point winners.

In Bruff, Kilmallock had the dig deep to see of South Liberties.

Goals from Graeme Mulcahy and Gavin O’Mahony had Kilmallock 2-8 to 0-7 ahead at half time.

But goals from Brian Ryan and Shane Kilcoyne had the game back to 2-11 to 2-9 entering the final quarter.

With eight minutes to play, Liberties were ahead after a Shane Garry goal but three minutes from time Ciaran O’Conor hit back with a third Kilmallock goal to help them secure the win.

On Friday evening, Doon over ran Bruff by 17-points.

Shane Bulfin hit back with a Bruff goal from a free but Darragh O’Donovan had a third Doon goal by half time, by which time Bruff were down to 14-man.

In the second half, Darragh Stapleton added the fourth Doon goal.

The one remaining round two tie takes places on Sunday – Adare v Knockainey in Kilmallock at 3.00

*See the print edition of the Limerick Leader for full match reports on all Limerick SHC games.