Tyler Bleyendaal is Munster's Player of the Year 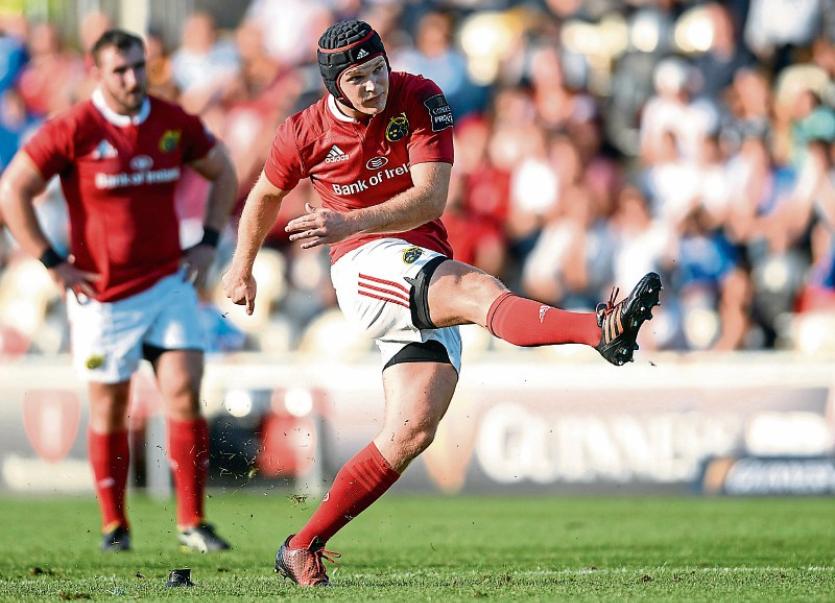 NEW Zealand out-half Tyler Bleyendaal was announced as Munster Player of the Year at the province’s annual awards this Thursday.

More than 240 people attended the Munster Rugby Awards which took place at the Maryborough Hotel in Cork with 11 awards presented to worthy recipients involved in professional and domestic rugby in Munster.

The Munster senior squad and management were all in attendance. All proceeds raised on the day will go towards the Alzheimer’s Society of Ireland and Diabetes Ireland, Munster Rugby’s nominated charities for the current season.

Bleyendaal  scooped this year's Munster Rugby Player of the Year after a hugely impressive season where, in 24 appearances, the New Zealander picked up four man-of-the-match awards and captained the side on five occasions.

Bleyendaal was also nominated for European Player of the Year alongside Conor Murray and CJ Stander, and is one of the forerunners for the Guinness PRO12 Golden Boot award.

Munster Women’s team captain Siobhan Fleming was announced as Women's Player of the Year, winning the award for a fourth time.

The Referee of the Year Award went to Limerick women Joy Neville. Following a highly successful playing career, including 70 caps for Ireland and a Grand Slam, Neville embarked on a trailblazing refereeing path after joining the Munster Association of Referees in 2013.

Since then, Neville has become the first woman to referee in Division 1A of the Ulster Bank League, the first to take charge of a British & Irish Cup match and the first to act as Assistant Referee in the European Challenge Cup.

The former back-row forward also referees in the HSBC World Rugby Sevens Series, and later this year will officiate at the Women’s Rugby World Cup to be held in Dublin and Belfast.