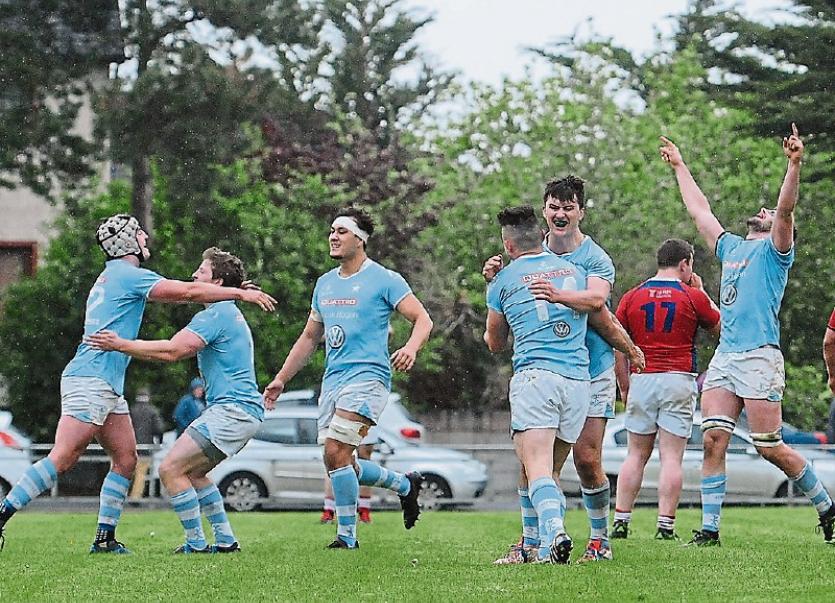 GARRYOWEN FC head coach, Conan Doyle admitted to being relieved as the ‘Light Blues’ held off local rivals UL-Bohemian to retain their Ulster Bank League Division 1A status with a hard-earned play-off win at Dooradoyle on Saturday.

Garryowen, who had finished ninth in Division 1A, scored an exciting 18-13 victory over the Annacotty side, who had claimed a third place finish in Division 1B in the regular season.

Garryowen had earlier overcome Old Wesley, while UL-Bohs proved too good for Naas in the semi-final play-offs to set up Saturday’s winner-take-all derby clash.

Afterwards Doyle said: "The feeling was one of relief at the end. It was a close game. Bohs really put it up to us and it could have gone either way at the end, but I am really happy with how the lads played for the whole game. I am obviously delighted.

"We had a couple of opportunities close to their line which we didn't put away and they held on and get out of their '22, kept themselves in the game which was a credit to them. It is a Cup game, a knock-out game.

"When they were keeping themselves within a score they always had the opportunity and fair play to them for doing that.

"It is huge for the club (to stay in 1A). The club wants to be in 1A, in the top Division, competing for top honours. We have an opportunity to do that next season. We have a young group here and we will be looking to kick on with these guys and hopefully we can win some trophies next season.”

Neilan said: "We can't have any complaints. We have had a good season and we got a shot there to go up to 1A and in fairness the lads now know the standard we need to be at to go up into that division.

“I think we are capable of doing it, but even looking at the conditioning of the Garryowen players there today, they were a lot more conditioned that what we are.

“I know there is a lot of them involved in the Munster set-ups and stuff like that  and that is probably where it comes from, but we still have a bit of work to do.

"I said to the lads inside (in the dressing room), we have nothing to be embarrassed about, nothing to be going around with our heads down about. We have had a hugely successful season.

“I know we haven't any silverware and we didn't get promoted, but realistically, at the start of the season, promotion wasn't on the agenda, we have fought hard and gotten this far.