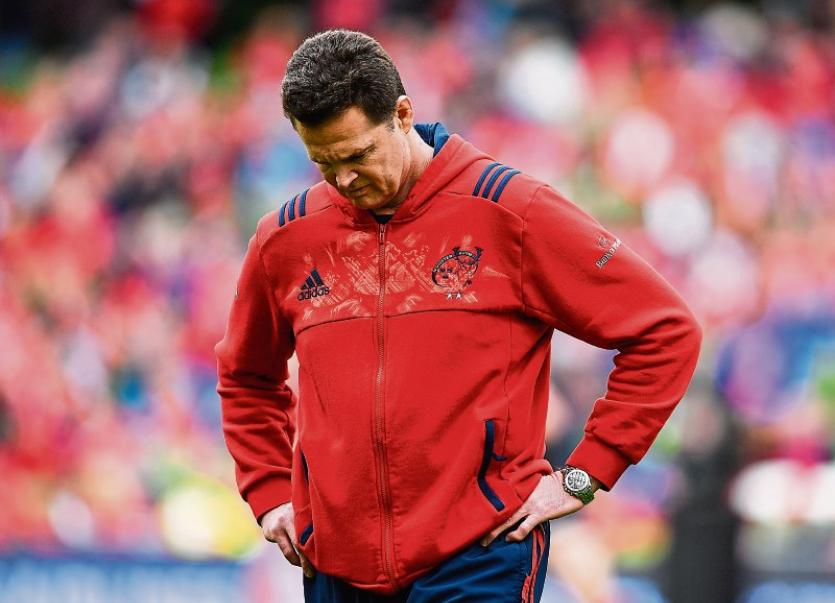 MUNSTER Director of Rugby, Rassie Erasmus said he does not envisage any additions being made to Munster's coaching team for next season.

Erasmus confirmed last weekend that he would be staying at Munster for the remainder of his two year contract with the province.

The South African said that he did not plan to add any new member to their coaching ticket for next season following the sudden passing of head coach Anthony Foley last October.

Erasmus said: “No, I think we have four guys that’s doing the job. Jerry (Flannery) took on the lineouts and scrummaging and forward play over all.

“Felix (Jones), he started out as just a skills fundamental coach, he’s full on the backline, attack, skills coach, he’s doing the kicking and the highball catching.

“Jacques (Nienaber) is doing defence and exits and those kind of things. Myself, I’m helping out at the breakdown and mauling. Between the four or us we are managing.

“We went through some tough times and good times together. This weekend was a tough time and on Sunday the boys were back at it.”

Erasmus said he is glad that media and public speculation over his future has been put to bed with confirmation that he is to remain with the province for two more seasons.

South African Erasmus had been linked with a return home this summer to take up a position within the South African Rugby Union. While the former flanker said coaching the Springboks was something he would like to do in the future, he is committed to Munster for the coming two seasons.

Erasmus and his Munster charges are this week preparing for a Guinness Pro12 clash with Treviso at Stadio Monigo on Saturday, 6.05pm Irish time. Munster need to take two points from the fixture to be sure of securing a home semi-final in the play-offs next month.

Erasmus said: “I told the players seven or eight weeks ago; 'boys, you are not going to hear a definite 'no' from me in the newspapers because one day I would like to coach the Springboks if I am good enough and the opportunity is there and if it fits in with everything and everything works.' I wouldn’t like to close the door there.

“Really if I’m good enough and the opportunity is there I would. That’s why I tried to say. I didn’t even talk that time. I just want to look at (a Champions Cup) quarter-final, semi-final, and Pro12, let’s park that until later.”