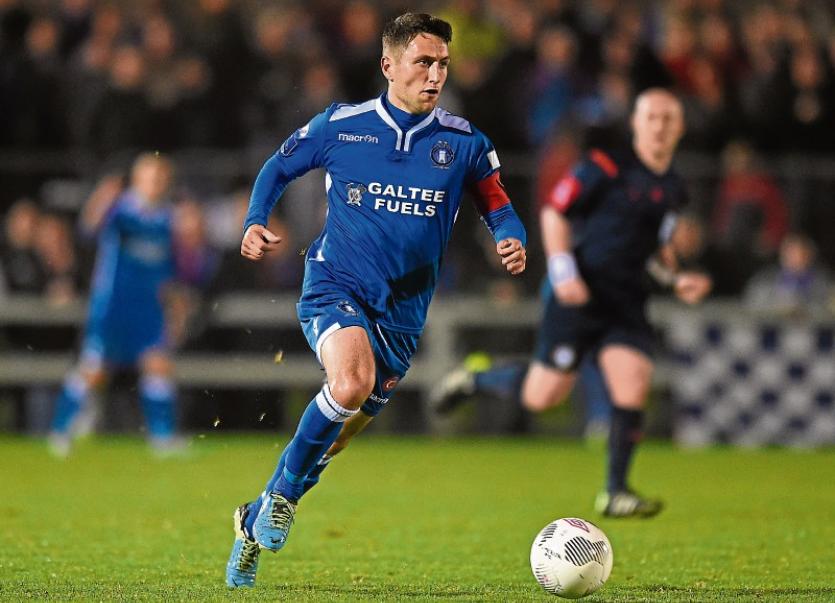 Captain Shane Duggan fired Limerick in front in the 12th minute with a fantastic strike from all of 25 yards.

However, Derry City drew level on the hour mark, thanks to a terrific free-kick from Barry McNamee which flew into the corner of the net past keeper Brendan Clarke.

The Blues are now unbeaten in their last four Premier Division fixtures under interim manager Boland.

Floodlight failure had caused the original game between Derry City and Limerick at Maginn Park to be abandoned in March.

Tuesday night’s result sees Limerick remain in fourth place in the table, one point ahead of Derry, who do have a game in hand.

Next up for the Blues a trip to Tallaght to face Shamrock Rovers this Friday, 8pm.