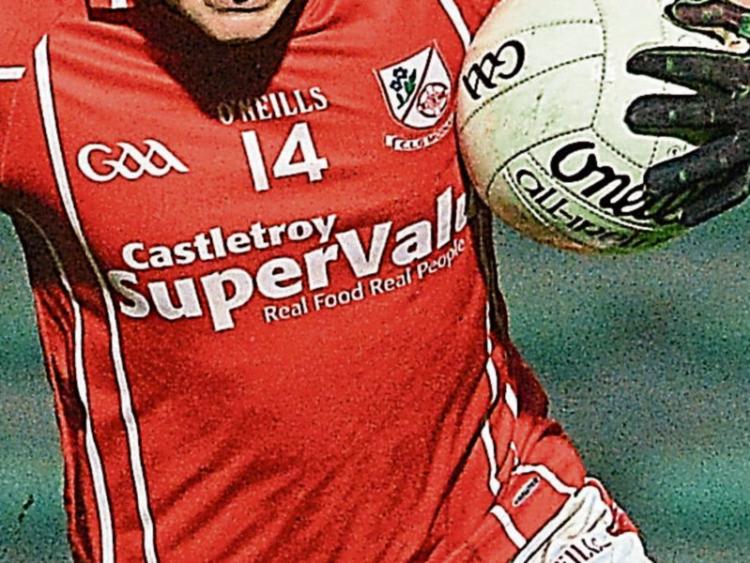 CHAMPIONS Monaleen made a winning start to their title defence in the Limerick SFC this Saturday evening.

Monaleen were 2-7 to 0-4 ahead at half time with Graham O’Connell and Brian Donovan scoring their goals after the sides were level 0-3 each at the end of the opening quarter.

Ten minutes into the second half Donovan had a second goal and the champions were 3-9 to 0-7 clear.

The Rathkeale goal came in the final five minutes from a Keith Hartnett penalty. Eoghan O’Connor kicked 0-7 (6frees) for Rathkeale.

In Bruff, Limerick hurling sub-goalie David McCarthy has the late late Ballylanders hero in their one point win.

Only introduced as a sub in the first minute of injury time, two minutes later he scored the winning goal.