Limerick FC reeled in by Galway late on 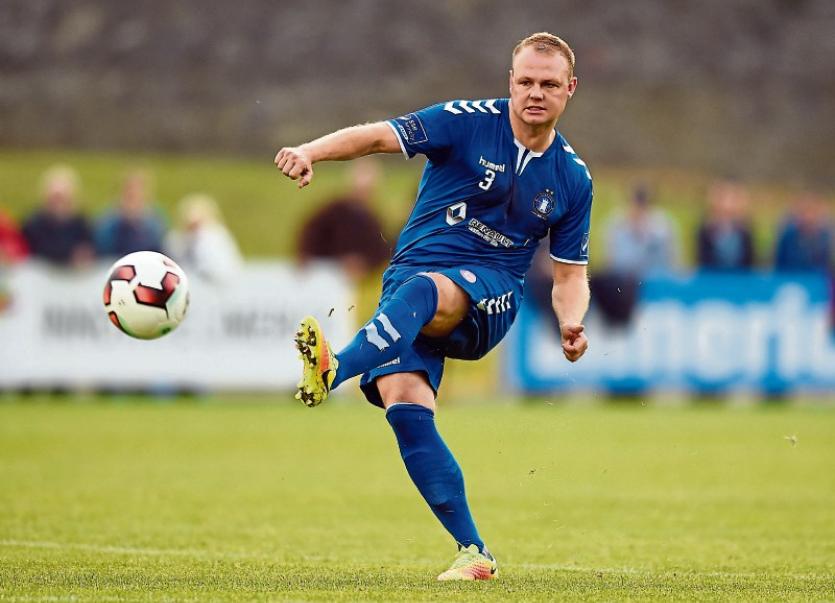 LIMERICK FC were denied a third successive victory under interim manager Willie John Boland after Galway United’s struck for a stunning 85th minute equaliser in a 1-1 draw in the SSE Airtricity League Premier Division at the Markets Field on Friday night.

Limerick had looked on course to make it two top flight league victories at the Garryowen venue in the space of six days thanks to Robbie Williams first half goal when he headed home from Lee J Lynch’s corner.

Limerick FC should have been more than a goal to the good at half-time given the number of chances the home side created.

However, Galway were a much improved side in the second half and Cawley earned them an unlikely share of the spoils when he equaliser with a terrific shot from all of 25 yards out five minutes from full-time.

Despite dropping two points at home, the Blues remain in fourth place in the Premier Division table although Derry City can overtake them with a victory away to Sligo Rovers on Saturday night.

Next up for Limerick in the league is Tuesday night’s rearranged trip to Maginn Park to face Derry City, 7.45pm.