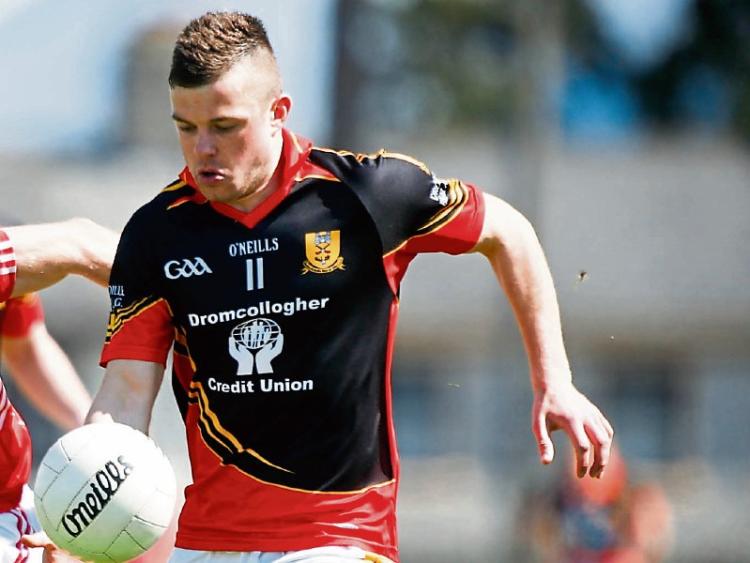 DROMCOLLOGHER-Broadford were the big winners on the opening night of the 2017 Irish Wire sponsored Limerick SFC.

Elsewhere, Fr Caseys and Adare played out a draw in Newcastle West.

This Thursday evening, they were 0-6 to 0-1 ahead at half time with Derry McCarthy, Paul Madigan and Ray Lynch among the scores.

They had second half goals from Madigan and Cillian Fahy to leave them 2-11 to 0-4 ahead with 10-minutes to play.

Evan Condon had a late consolation goal for the city side.

In Newcastle West Adrian Enright was the Abbeyfeale hero as his late point ensured a draw - Adare 1-9, Fr Caseys 0-12.

Adare had a Mikey Lyons goal in the opening half but trailed 0-8 to 1-4 at half time.

But entering the final quarter the 2016 intermediate champions were 1-9 to 0-10 ahead and looked set for the win when Brendan Carmody saved a Billy Quirke penalty.

But Enright grabbed a late share of the spoils for Fr Caseys.

There are two more round one games on Friday (7.00) – Ballysteen v Oola in Mungret and Newcastle West v St Patrick's in Mick Neville Park.

*See the print editions of the Limerick Leader for full match reports from all six weekend Limerick SFC games.