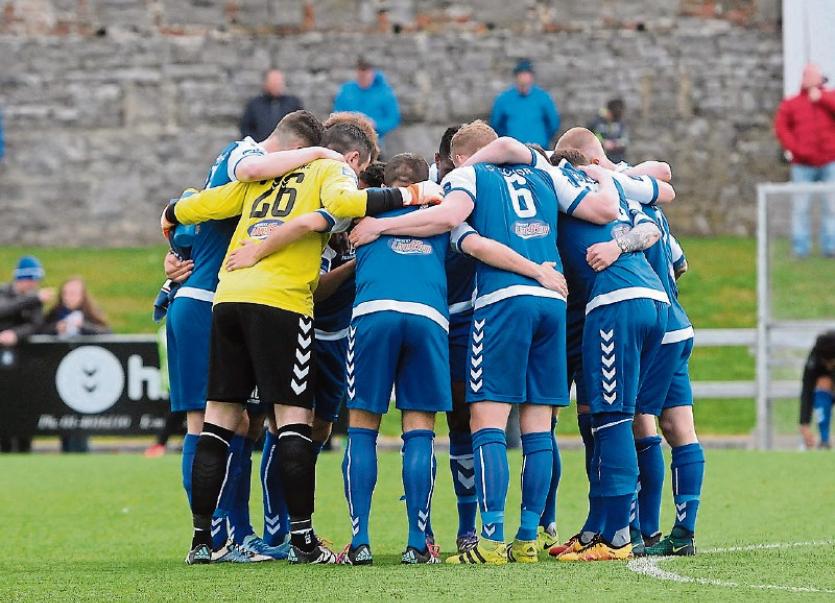 Limerick FC host Cork City in the second round of the EA Sports Cup at the Markets Field on Easter Monday, 5pm

RESURGENT Limerick FC return to action less than 48 hours after their league win over Drogheda when high-flying Cork City visit the Markets Field for an EA Sports Cup second round tie on Easter Monday, 5pm.

Limerick FC picked up their second win under interim manager Willie John Boland on Saturday when the Blues eased to a convincing 3-0 victory over Drogheda United.

Goals from Rodrigo Tosi, Chris Mulhall and Man of the Match Chiedozie Ogbene saw Limerick pick up three precious points and a move up to fourth place in the table.

Blues interim manager Boland insists the EA Sports Cup game is one his side is taking seriously despite their demanding fixture schedule.

Boland said: "Every game is important I know you've to say that sort of thing! We're in a good position in the league at the moment, but the lads got to the cup final last year and we'll treat every game on its merit. We'll take the Cork game seriously.

"It (Saturday night’s win over Drogheda) was made easy by the fact the lads started brilliantly. Scoring two goals that early on - we can relax, we don't have to break them down, and can play our football.

“I thought the performance was excellent. We created a lot of chances and we didn't give much away."