Ivan Morris – Seve's genius was evident at the Masters 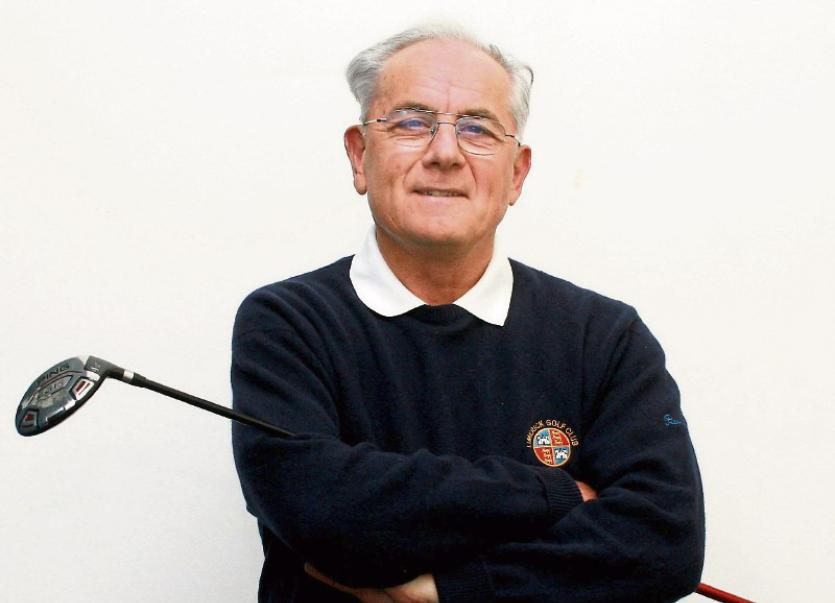 WHAT a spellbinding finish! Isn't it extraordinary how The Masters at Augusta always delivers on the last nine holes?

I'm convinced that more than just the ghost of Seve Ballesteros (on his birthday) was in the thick of the action on the 'deadly' 13th hole during the final round of The Masters offering a guiding hand and helping Sergio Garcia to fashion an outrageous, battling par that ultimately was worthy of the Spaniard donning the famous, coveted, green jacket.

More likely that it was his low-handicap, golf-playing, fiancée, Angela who gave him the peace of mind and recognition of his 'beautiful life' off the golf course that allowed him to feel comfortable and relaxed at a venue that was never 'one of his favourites.'

Angela, it seems, inspired her future husband with her sticky post-it, notes displayed all over their rented house for the week telling him to be calm and never forget to be amazing.

Well, amazing Sergio certainly was. There was no sign of slumping shoulders or angry self-admonishments as the action unfolded.

Over that extraordinary final nine holes, it rarely looked (to experts like me) that Justin Rose would not win and bring off a unique treble as a US Open, Olympic Games and Masters Champion especially when Sergio encountered tree trouble off three, poor drives in a row on 10, 11 and 13.

The Spaniard compounded those errors by missing relatively simple (if such things existed) short putts on the 16th and 18th, the latter with the championship on the line.

To survive and recover from all of that takes 'some bottle' and it also disguises how well Sergio had played for the entire four rounds.

No golfer is perfect. No round of golf is perfect either. How one copes with the inevitable imperfections is what separates champions from also-rans.

When Garcia slumped to his knees and thumped the ground on the 18th green after performing the formalities of offering his sincere commiserations to his vanquished, close friend and doughty opponent, Justin Rose, it was not a gesture of ecstatic relief that he had at last shown the resilience to overcome every test and set back thrown at him.

One of the myths about Augusta is that 'the best putter always wins.' Neither Rose or Garcia nor renowned for exceptional putting. They are both essentially supreme ball-strikers. The ability to hit approach shots close on those heavily mounded greens is the separator.

Week in, week out, from tee to green nobody outplays Garcia and Rose.

Of course, the biggest story of the week was the last minute, withdrawal of the hottest of favourites, Dustin Johnson, who was carrying more money on his back in the history of golf betting than anyone ever had done so previously.

Some cynics maintain a bookie pushed him down the stairs because quite a few in the fraternity have since said: “It's part of the risk you take and we won't be refunding the money.”

Other, less charitable souls, say that DJ was 'ducking' an imminent drugs test.

There is no way of knowing if that is true or not except that the longer it takes for Johnson to recover and tee it up again in a Tour Event, the more likely it is to be true.

There was nothing to suggest in the way that Johnson walked to and from the warm up, practice area and hit balls prior to his tee off time that indicated any injury let alone one that would have prevented him from playing at, literally, the last moment.

This is a big problem for golf as well as Johnson. There is no way of knowing.

Suspicion and innuendo has surrounded the fact that Johnson missed half of the 2014 season, including the Ryder Cup Matches at Gleneagles due to him taking time off to address 'personal challenges.'

There was also a 3-month hiatus in 2012. Nobody is quite sure what the PGA Tour means by a "Voluntary Leave of Absence.'

Johnson has never admitted to drugs offences because he doesn't have to; such is the non-transparent, anti-doping code for professional golfers.

No-compliance requires no obligation to release information on a failed or missed drugs test.

Golfers can characterize their absences from competition in any way they wish. Can you imagine that situation being tolerated in other sports?

Dick Pound, the former President of the World Anti-Doping Agency, says: "We have seen the shape changes in golfers and the distances they are hitting now. We know the equipment is better, but it isn't just that."

Perhaps, the tell tale of all tell tales is the number of golf injuries nowadays?