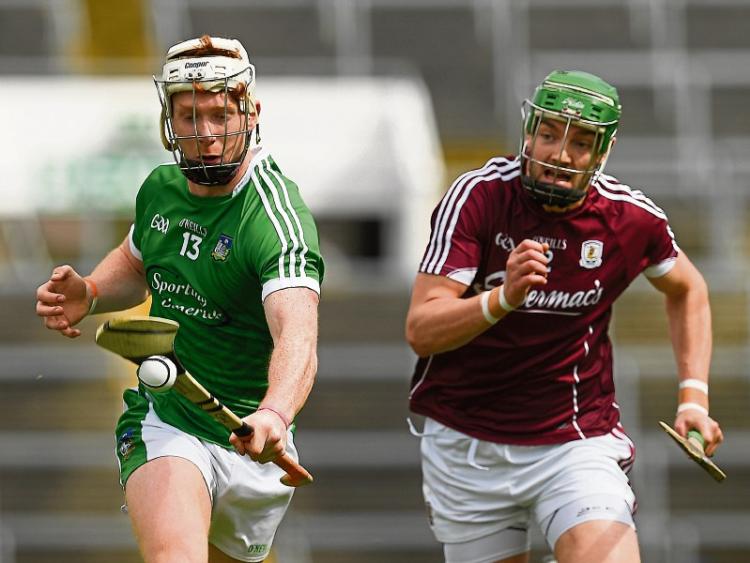 LIMERICK’S 11-year wait for a Allianz Hurling League title will have to continue for one more year at least after John Kiely’s men were soundly beaten 1-21 to 1-11 by Galway in their semi-final clash at the Gaelic Grounds on Easter Sunday.

Limerick will now have to rely on challenge matches for preparation for the Munster senior hurling championship opener where they face Clare on June 4 in Semple Stadium, Thurles.

Galway started the game the better of the two sides, but when Diarmaid Byrnes struck over a long-range point, the home side trailed by just one, 0-3 to 0-2, after 10 minutes.

The visitors then had Conor Whelan, Cathal Mannion and Conor Cooney on target to give Galway a 0-7 to 0-3 advantage mid-way through the first half.

Limerick broke this barren spell with the game’s first goal. Good work from David Dempsey gave him space before he off-loaded to club-mate William O’Donoghue who kicked the ball home to reduce the gap to one.

A Shane Dowling free and a Cian Lynch effort from play kept the Limerick score ticking but Galway were not to be kept at bay with Whelan and Canning adding points to have The Tribesmen full value for their 0-13 to 1-5 half time lead.

Shane Dowling and Joe Canning traded points early in the second half as both sides hit a number of wides in the third quarter of the game played in front of 9,523 in the Gaelic Grounds.

Despite being out-played, Limerick reduced the gap to three when substitute Barry Nash gathered Richie McCarthy’s clearance to reduce the gap to 0-15 to 1-9.

Then disaster struck for Limerick. After Cathal Mannion’s ball into the edge of the square, Conor Cooney won possession, beat Richie English and supplied the finish.

From here, the final 10 minutes were a formality for Galway who eased home to a 10-point win