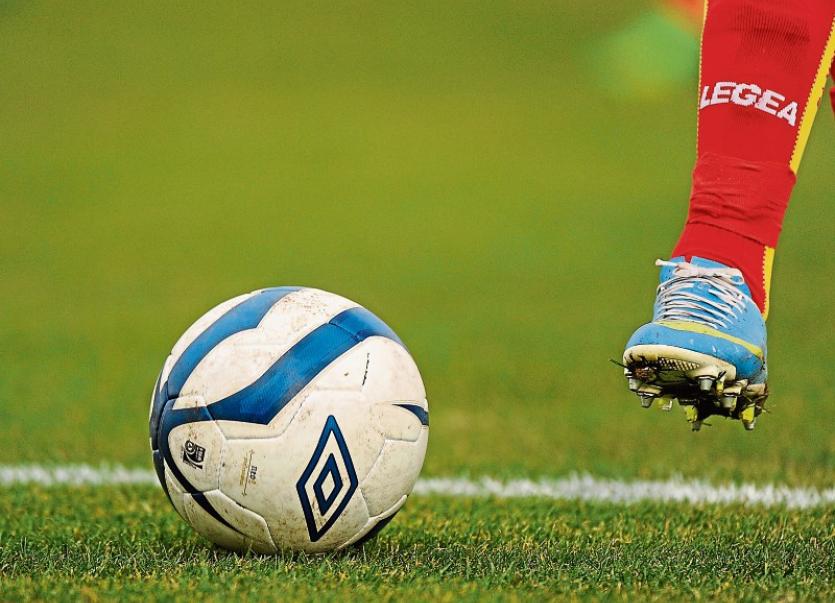 JANESBORO moved to within four points of winning the Fran Mullally Premier League trophy when they eased past Regional United with a 4-0 win at Pearse Stadium on Thursday evening.

The home side, right from the start, were focused on what was needed and went about it post-haste.

Janesboro opened the scoring when Regional failed to clear an Aled Harkin corner kick and a bobbling ball six yards out was blasted to the net by John Boyle.

Shane Clarke had an effort cleared off the line by Mike Guerin minutes before he was pulled down in the area by Regional keeper Timmy Dalton. The League’s top scorer dusted himself

Danny O’Neill broke clear on goal but was denied by Dalton and at the other end Colm Hyland was denied by a Thomas Clarke clearance.

After the break Thomas Clarke struck the crossbar before brother Shane killed off the contest with a fine goal.

Beating David Cowpar in an aerial challenge, Clarke followed up to lift the ball over the keeper before firing into the net.

Late in the game substitute Kevin Barry completed the scoring for the Champions-elect.