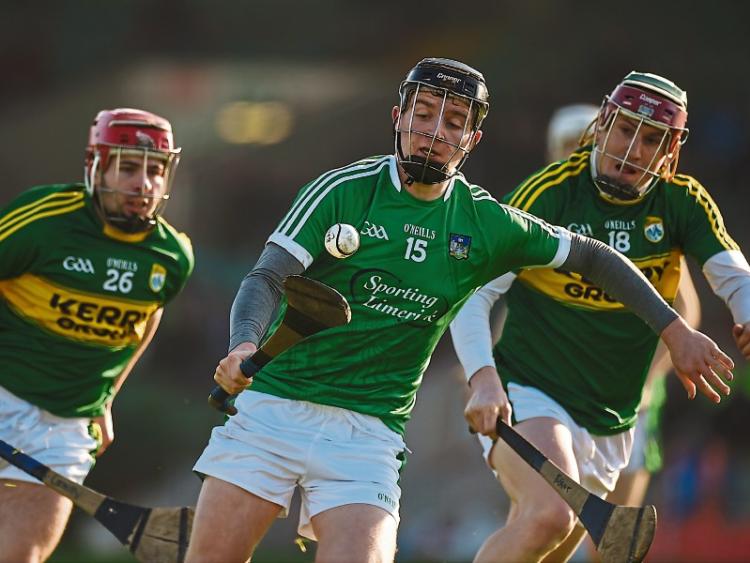 Peter Casey in action. He is an injury doubt for this weekend's game

Casey has been struggling with a foot injury, but played a full part in Na Piarsaigh’s extra time Premier u21 hurling win over Kilmallock at the weekend.

“Peter Casey is a doubt with his foot injury,” Limerick manager John Kiely confirmed on Tuesday.

“He was sore after the (u21) match,” the Galbally man said, but adding that the Na Piarsaigh clubman is still in contention for Sunday.

Limerick manager John Kiely is happy with how training is going for the squad , as Limerick look to reach a first Division 1 final since 2006.

“We have pushed on well since the Cork game,” Kiely said.

“Training has been good,” he added. “We know it will be a significant challenge on Sunday.”

Looking back on that quarter-final win in Pairc Ui Rinn, Kiely feels that Limerick can’t afford some of the bad periods of play that have been a feature of their campaign to date.

“We were disappointed with some elements. We conceded 1-5 without reply which would be a concern.”