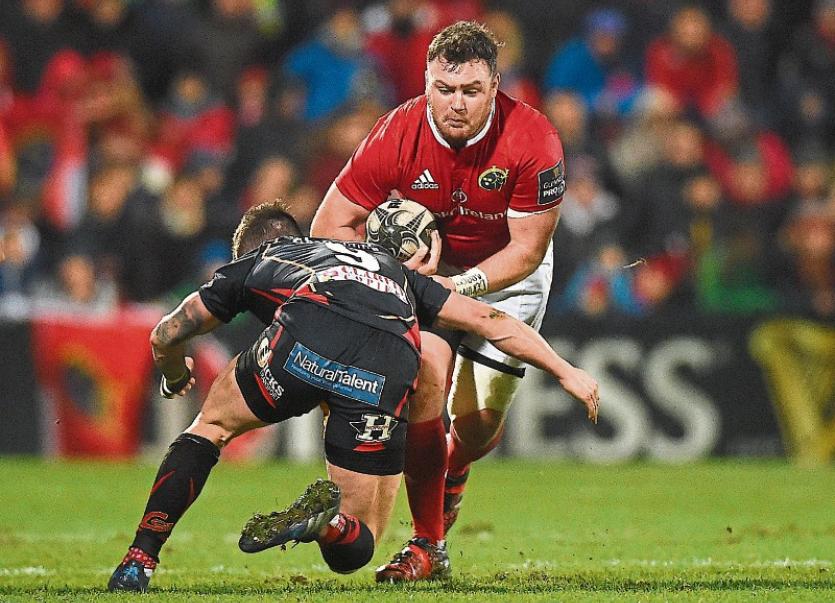 MUNSTER prop Dave Kilcoyne said there is an 'incredible buzz' in the squad as the province battles for silverware on two fronts through the business end of the season.

A victory for second-placed Munster this weekend would guarantee a semi-final place for Rassie Erasmus' charges in the Pro12 play-offs. However, Munster will be anxious to secure a top two finish and with it home advantage in the play-offs.

There are now just three series of fixtures to come in the Guinness Pro12 regular season.

Munster prop Dave Kilcoyne said the atmosphere in the squad is upbeat with so many marquee fixtures on the horizon. He is expecting a stiff test from play-off chasing Ulster this weekend.

Kilcoyne said: “There is an incredible buzz around the place. We still won’t take away from the task at hand, playing Ulster this week. There are on quiet the run of form at present.

“We are chasing a home semi final, they are chasing a top four spot, so any time two hungry sides play each other it is a good spectacle. I think Saturday is going to be a great game.

“Irish derbies always are tough. There are knock on implications for everything. There are home semi finals at stake, top four places, Irish selection and just how both things go.”

Munster stunned Ulster 15-14, thanks to a late Rory Scaneel drop goal, when the sides met at Ravenhill in the Pro12 at the end of October. Kilcoyne admits that Belfast win was hugely significant in terms of Munster's season.

Kilcoyne said: “We often refer back to that game. To get a win up in Ulster is one of the hardest places to get a win. I think that was a changing point in our season.

“I think lads built real confidence from it and I think it propelled us into the position we are in today. It certainly helped us a lot anyway.

“To go out and dig out the win was amazing for us. It really built belief in the squad.

“We went down to 14 men against Glasgow and we came back, all these things help build confidence in a team and that win in Ravenhill was definitely a changing point.”