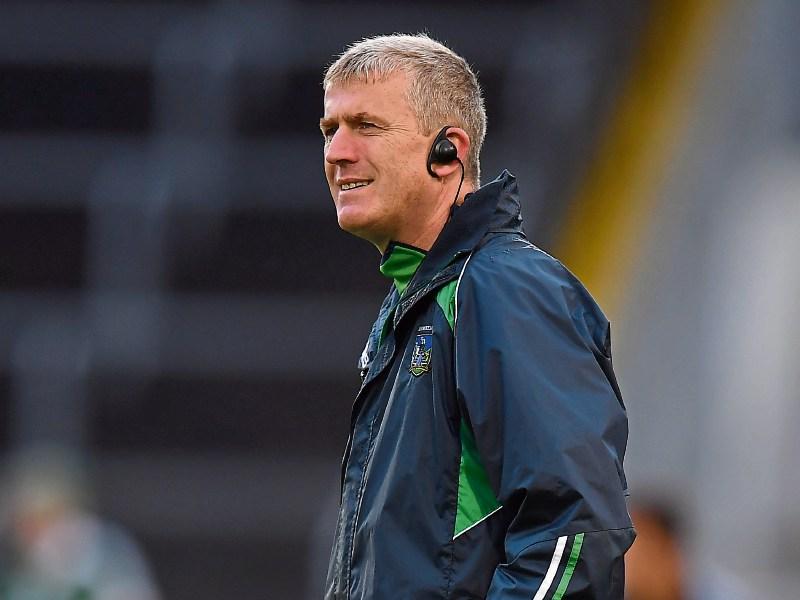 A FIRST league final spot in 11 years is the prize on offer for John Kiely’s Limerick when they face Galway in the Gaelic Grounds on Sunday afternoon, 2pm.

Back in 2006, Limerick reached the league decider when they lost out to Kilkenny. Since then, they have won a Division 2 title (in 2011) and lost in two 1B finals (2012 and 2013) but not since the defeat to the Cats have Limerick had a chance to win in the top tier.

Limerick were beaten by Sunday’s opponents just last month, also at the Ennis Road venue, but Kiely insists that revenge is not a motivating factor for his side.

Kiely is also hopeful that the Limerick crowd will come out in big numbers for the Easter Sunday clash.

“Hopefully, there will be a good crowd, there’s a real appetite for us to make the final.

“We can’t get ahead of ourselves,” he warned, “Galway are a strong team in more ways than one. They have a physical strength and a great hurling ability.

“They have a lot of experience too in big matches,” he said of the Tribesmen.

“They have already beaten us, and they beat Waterford. They will have been disappointed with the loss to Wexford but they accounted for the rest of 1B fairly comfortably,” he added.

Meanwhile, it is a busy week for Limerick teams with both the u17 hurlers and minor footballers in action.

Dave Cuddy’s hurlers face Cork on tonight, Tuesday, while John Ryan’s  footballers  face Waterford on Wednesday. Both games are in the Gaelic Grounds and throw in at 7pm.

A win for the u17 hurlers will give them a home semi-final against Tipperary on April 18.