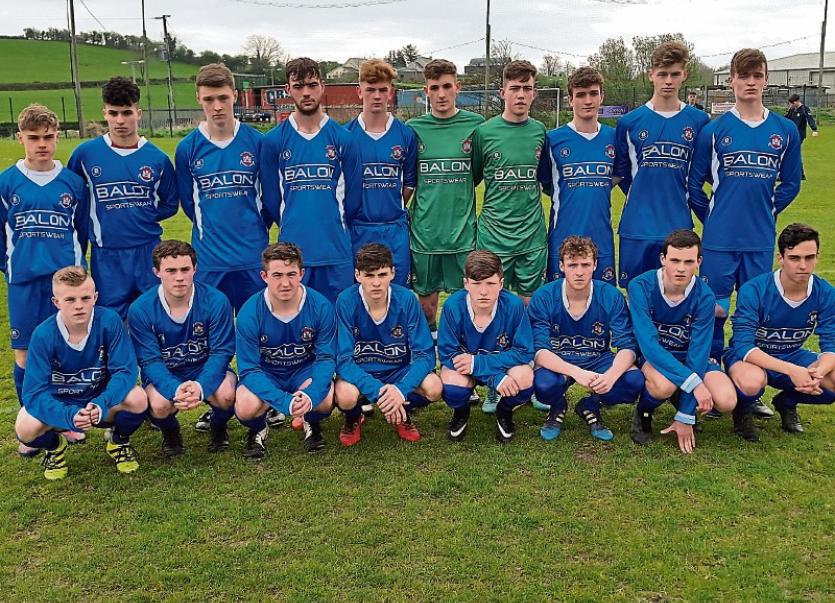 LIMERICK District League qualified for the final of the Inter County Youth trophy for the second successive seson when they recorded a memorable 2-1 win away to the Inishowen League on Sunday.

Two goals from Conor Coughlan sealed the win and the reward for Limerick is a home final against the Waterford League on May 23 in Jackman Park.

Special mention must go to manager Martin Sugrue and assistants Jason O'Connor and Gary Kelly. They were also in charge last season when Limerick were unluckily beaten by Cork in the final. Their determination to bring the Trophy back to Limerick plays a big part in the team going this far.

Meanwhile, there was disappointment for the Limerick District team in the Oscar Traynor Trophy semi-final also in Donegal on Sunday as they bowed out to the Inishowen League on penalties after the sides finished level 1-1 after extra time.

The Limerick DL had looked to have their final spot booked when the home side struck a late late goal to force a penalty shoot-out.

When Gary Neville saved the home team's first penalty it looked like it might be Limerick's day but two missed kicks handed the game back to Inishowen.