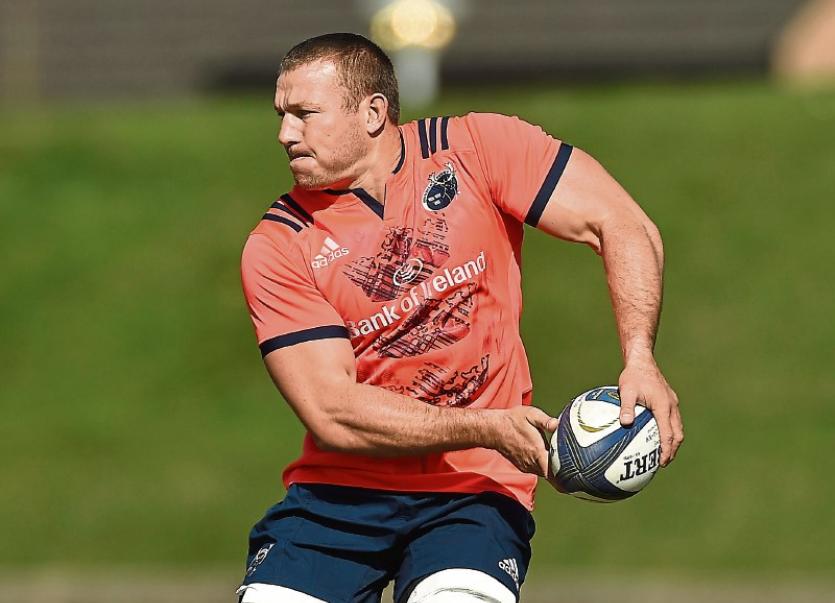 Jean Deysel is to make his Munster debut

Thirty two-year-old Deysel, who has made seven appearances for South Africa and over 70 Super Rugby appearances, recently joined Munster on a three-month loan deal.

Deysel is joined in the back-row by Conor Oliver and Jack O’Donoghue.

Director of Rugby Rassie Erasmus has rung the changes for the Round 19 clash making 10 changes in all from the side which defeated Toulouse in the quarter-final of the Champions Cup last weekend.

Munster have also included six internationals on the replacements bench.

James Cronin – who makes his 80th appearance in red – Rhys Marshall and Stephen Archer make up a new front row with Dave O’Callaghan coming in to join captain Billy Holland in the second row.

Duncan Williams and current PRO12 Golden Boot leader, Tyler Bleyendaal, continue at half back, while in the midfield, the return of Francis Saili sees him start alongside Jaco Taute for the first time.

In completing the changes, the Pro12’s top try scorer to date, Ronan O’Mahony, and full-back Andrew Conway both re-join Darren Sweetnam in the back three.

Should he appear off the bench, Rory Scannell will win his 50th Munster cap.