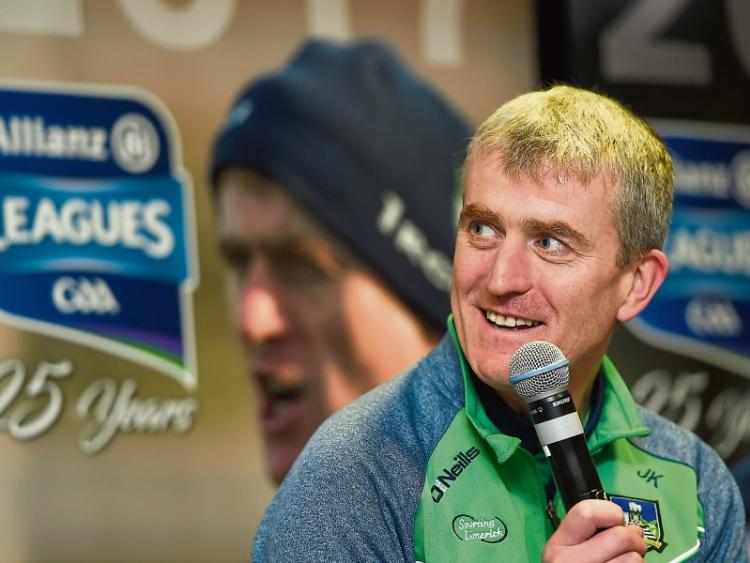 JOHN Kiely has thrown down the gauntlet to his Limerick hurlers to produce a big performance in Sunday’s Allianz Hurling League final round tie with Galway.

“Experimentation is over - we will be putting out our best team available,” said Kiely ahead of the Gaelic Grounds clash.

”The focus has shifted from trying players and positions to a more focused approach. We will be putting out as strong a team as we can, taking injuries and sickness into it. We are in the closing stages of the league so there is less room for experimentation,” said the Limerick manager.

“It is definitely going to be a good measure of where we are - an opportunity to see how far we have come.”

He added: “It’s clearly a step up from the last three games - a significant step up in class. They have been there or thereabouts for the All Ireland in recent years and were All Ireland semi finalists last year – we want to play teams from the top tier”.

”It’s a home game and for that reason we would be anxious to produce a good performance. We lost to Wexford in round one but that wasn’t the end of our league - we want to progress as far as we can,” he stated.

O’Mahony returned to training last week after missing all four Division 1B league games to-date with a broken bone in his hand.

The experienced Kilmallock man is one of just four players from Limerick’s panel of 37 available players yet to see league action – including Barry Nash and Aaron Gillane, who returned to the inter-county scene over the past two weeks.

While Limerick manager John Kiely confirmed the positive news re O’Mahony, there are set-backs for experienced duo Paul Browne (knee) and Tom Condon (ankle). Both are suffering with a recurrence of previous injuries and Browne is likely to face at least another three weeks on the sidelines.

There is a doubt surrounding the fitness of Declan Hannon, who was forced off injured in the early stages of the win over Laois two weeks ago.

Sunday's game will determine the final standings in the Division 1B league table and confirm the opponents for the April 1-2 quarter final.

“It has been all positive since the Wexford result - performances and training. The panel enjoyed it and we as a management enjoyed it – we learned a lot about the players. Confidence grew all the time and there has been a pep in the step for the last number of weeks – I feel we are in a good place,” said Kiely.