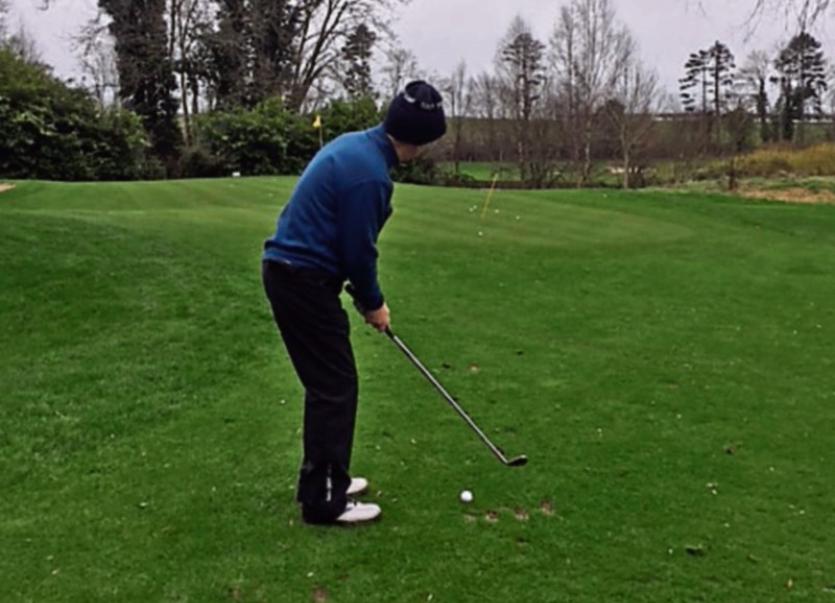 Mutt: On a recent GUI podcast, newbie pro Garry Hurley, said he was shocked at how competitive the Challenge Tour is. What did he expect?

Every pro had earned the right to be there. All are card-carrying professionals playing for their bread and butter. At amateur level, 20% have a chance of winning but on the pro tours everyone has a chance. Out on tour, unless you are a mega star with a team of helpers around you, you are on your own.

It takes a bit of getting used to if you have been playing your golf in a team environment with all entry and travel arrangements done for you.

Jeff: It's a problem that as soon as the GUI's Elite Panel turns pro they are cut loose and are left on their own. It's one of the areas that the new MENTOR in Irish golf, Des Smyth, will have to look at. How to bridge that gap?

Mutt: That gap is the reason why so many are unable to make the transition. Since 2010, there have been seven European Tour Schools with 167 Irish entering at the First Stage. More joined in at the second stage too but only one (Paul Dunne) has managed to make it all the way to win a card in stage 3 and retain it the following year. Think about that - just one!

In those seven years, a paltry two others won cards, David Higgins (2012) and Kevin Phelan (2013), but neither managed to retain.

Jeff: It can't be that our golfers are not good enough. They finished third in the World Team Amateur Championship in Mexico last year and have won the Home Internationals three times on the trot, not forgetting five Irish on the most recent Walker Cup team. What's wrong?

Mutt: Team golf is not suitable training for pro golf and neither is match play - or, at least, too much of it. Pro golf is almost exclusively 72-holes of stroke play, played on tree-lined golf courses. All of our provincial championships, bar one, are match play events played on seaside links.

How often are pro tournaments played on a links? It wasn't popular when it was tried but maybe it was right to play the Irish Close as 72-holes of stroke play on an inland course, after all?

Jeff: Instead of playing against amateurs in South Africa and Argentina, our top amateurs should be playing against pros on the Gecko, Alps, EuroPro and Challenge Tours and making incremental progress upwards through the ranks - if they are good enough?

Mutt: I'd be surprised if there has been a single golfer on a GUI Elite Panel in recent years who did not have the desire to become a professional and was only using the GUI's Training Scheme to garner expenses and develop his game. The time has come for a complete re-think.

Jeff: In the R&A Questionnaire about the proposed new rules, I put in a suggestion to revise the rules of amateur status. I believe the time has come to introduce open golf. Top amateurs should be allowed to play in pro events and win money - under license.

Mutt: That's an awkward one. The PGA's won't like that. They operate a closed shop.

Jeff: Well, they'll have to change! Perhaps, if golf professionals, as opposed to professional golfers, were allowed to play in amateur events in a quid pro quo arrangement, it might be seen as advantageous to both parties?

Surely, a temporary license system could be operated? Money won by amateurs could be given to the Team Ireland Fund and re-distributed in the normal way - if so decided.

Mutt: Instead of TIF giving money directly to amateurs, they should give it to the pros with cards on the satellite tours. They had to earn those cards in competition with other professionals and are on the first rung of the ladder, exactly when they need the most support.

The purses they play for aren't great and expenses mount up. The standard of golf it takes to progress and win on the 'satellites' is impressive and if our fledgling pros were helped to make incremental advancement through these minor leagues, so to speak, when they eventually reach the Nirvana of the European Tour, they would be more likely to stay there. That's what Seamus Power managed to do in the USA.

Jeff: As a fan of match play, I regret to say, we play too much of it. It’s one of the reasons why I have been pushing for a 54/16 format in the South, West and Close Championships. 36/64 leads to mediocrity and too much ‘defensive’ golf.

54/16 rewards the better players and pushes the weaker ones to become better also. 54-holes invariably receives a better WAGR-points rating, which is vital for selection on Walker Cup teams and achieve entry into big events overseas where you cannot enter by handicap anymore.

Mutt: I can visualize a day when the Team Ireland Fund might be entirely financed by a percentage of earnings from sponsored GUI graduates on the various main tours, the receipts from a mega pro am programme and a levy/grant scheme received from the big ticket courses around Ireland that reap the rewards of free publicity through the efforts of our tour players. It would free up poll tax revenue for supporting grassroots needs.