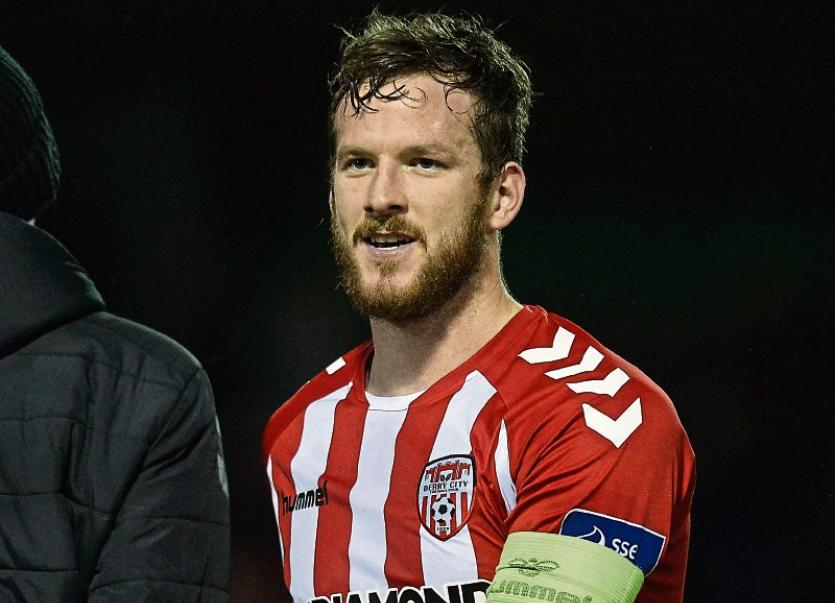 The game, rescheduled after floodlight failure called the original fixture to be abandoned in February, had been due to be played at Maginn Park, Buncrana.

However, the FAI confirmed on Monday morning that the game has been postponed as a mark of respect to Derry skipper McBride who passed away at his home.

Limerick FC has extended deepest condolences and sympathies to the family and friends of the 27-year-old.

McBride made his debut for his hometown club in 2011 and quickly became a favourite amongst the supporters for his committed style of defending.

McBride twice appeared in the FAI Senior Cup Final, as a substitute in 2012 in the win over St Patrick's Athletic and as a starter in 2014 in the loss to the same team, while he also made over 100 League appearances for Derry.

FAI CEO John Delaney said: "Irish football is in mourning with the loss of a true great of the game, with the shocking news about Ryan McBride's passing.

"I would like to pass on my deepest condolences to Ryan's family, friends, and his club, Derry City FC, for which he was their leader, their captain and their inspiration.

"On behalf of the FAI Board and everyone in the Association, I would like to offer our sympathies to all who were blessed to have known Ryan.

"Ryan's passing has left a deep shock throughout football. We will remember Ryan with a tribute at Friday night's FIFA World Cup qualifier against Wales."

FAI Director of Competitions Fran Gavin added: "I am shocked at the sad news of Ryan's passing. I saw Ryan in action for Derry City against Drogheda United recently, where he was outstanding as he so often was for his team.

"Our thoughts are with his Ryan's family and all at Derry City at this very sad time. It is a terrible blow to the SSE Airtricity League and to everyone in football to lose such a great player."