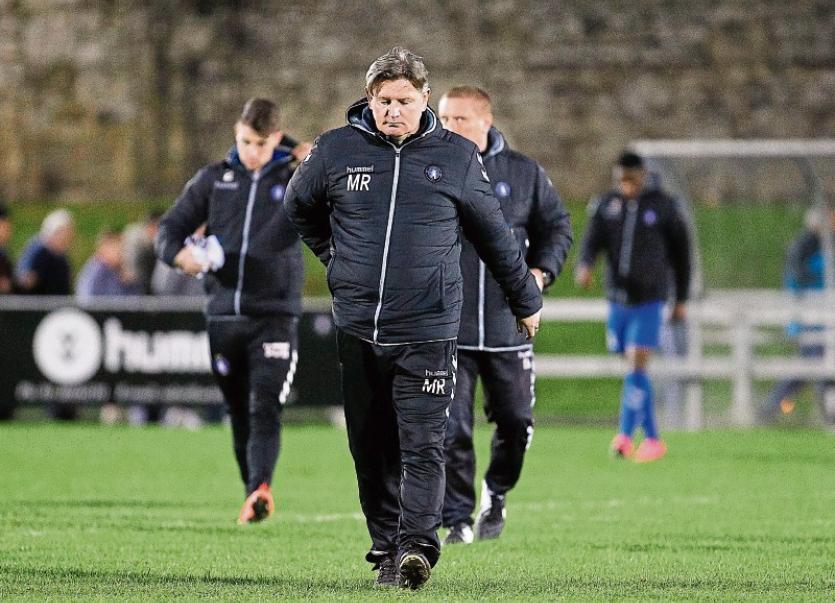 LIMERICK FC manager Martin Russell insists 'revenge' will not be on the minds of the Blues players as they lock horns with Finn Harps in Saturday's crucial SSE Airtricity League Premier Division fixture at the Markets Field.

Having suffered back-to-back Premier Division defeats away to champions Dundalk and more frustratingly to Bohemians at the Markets Field on Monday night, Russell's charges will be desperate to get back to winning ways this weekend.

It won't be lost on Limerick FC fans that it was the two-leg play-off defeat to Saturday's opponents Finn Harps that relegated Limerick from the Premier Division in November 2015.

Limerick took a 1-0 lead to Ballybofey from the first leg thanks to a stunning goal from Shaun Kelly. However, two goals for Harps, including one from substitute BJ Banda four minutes from the end of extra time, saw the Donegal side win the tie in dramatic fashion and so secure their promotion to the top flight for 2016.

Russell said: “It is not so much about that (getting revenue for the relegation play-off defeat), it is really about moving things on, it is not about getting revenge it is about playing to a level that gives you a chance to get the big prizes in the country.

“That is what the focus is probably on. We have to get the focus right.

“Finn Harps have added a few bodies this season. They will be boosted by their win again on Monday night. I just hope it's a good game of football and may the best team win. That is what we always look for.

Saturday is the next big game and we look forward to Ollie and the lads coming.”

Saturday's game with Finn Harps has an earlier than usual 2pm kick-off in order to avoid a direct clash with Ireland's final RBS 6 Nations clash with England at the Aviva Stadium, 5pm.

Russell is hoping Limerick supporters come out in large number for the fixture.

He said: “It will be interesting to see what the attendance is like for a Saturday afternoon kick-off.

“The crowd was decent tonight (1,756 on Monday v Bohemians) although not as bi as the first night against Sligo Rovers although there are factors in that.

“Certainly we would like everyone to come down and if we can put on a level of performance that gets us many chances and we take them this time, I think we win the game, move up the table.”