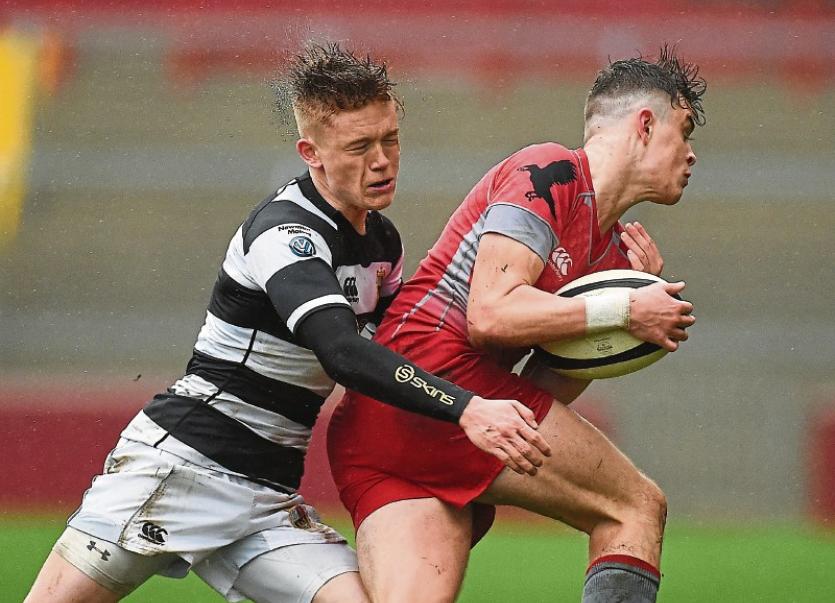 Tenacious Glenstal suffered a frustrating 11-3 defeat in their second ever final appearance and their first since 1970.

Glenstal Abbey head coach, Sean Skehan said: "We are obviously very disappointed. We didn't play any football, so I make no bones about it, I thought Pres were the better team.

"We just couldn't get any front foot possession, just couldn't win the set piece battle. We coughed up a lot of ball at line-out time which would be very uncharacteristic of us.

"We knew Pres were like that, they showed it against Bandon. We thought we were prepared for it. We tried to break up the numbers a little bit, but whether it be our throwing or our lifting was a little bit off in this weather and we were coughing up possession, coughing up possession whenever we looked to get an type of territory from it. That always makes things incredibly difficult.

"And when you can't attack, that means you have to defend. I felt we defended very well. In the second half to concede only three points, with the amount of territory and pressure we were under, is testament to their character.

"But we didn't come here to be heroic defenders or for people to praise us just for an effort.

“The minimum when they pull on the jersey is that they are going to work incredibly hard. It whether or not you can be accurate when you have the ball and that is something that hopefully will be a big learning curve for us, for us as a school, be it the coaches or the players themselves.”