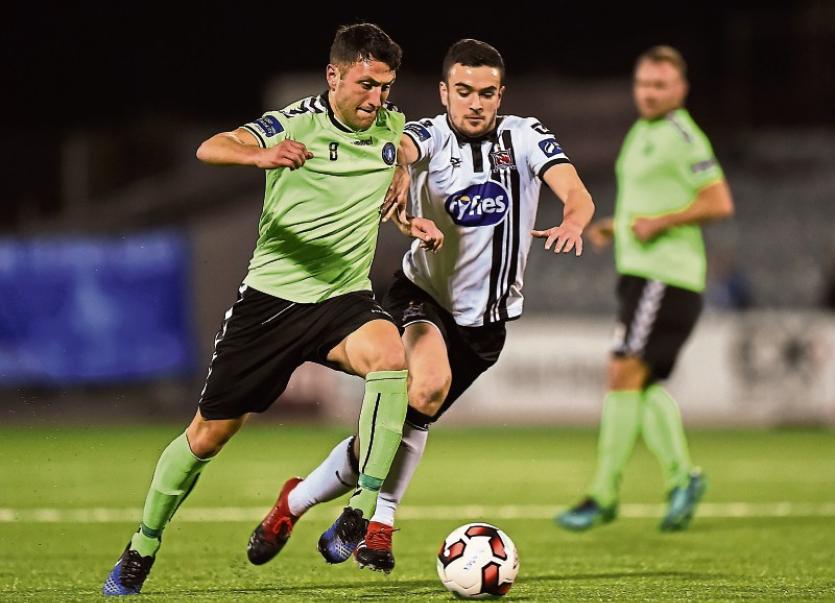 Limerick FC manager Martin Russell was proud of how his charges had performed in their 1-0 defeat to the Lillywhites.

Visitors Bohemians overturned a 2-0 deficit to win 3-2 against Bray Wanders on Friday night.

Limerick FC manager Martin Russell is going into the Bohs’ fixture looking for that same level of commitment from his players that was delivered in Oriel Park.

Russell said: “It’s the same for them, they’ve had back to back games like ourselves. Depending on both sets of players, the stronger group should come out on top.

“We hopefully can repeat the performance levels given against Dundalk and give ourselves the best chance.

“Bohemians will come to us on a high; having been two goals down and pulling it back to win 3-2. They’ll be full of confidence as well. Its a tight league that everyone thinks they have a chance of beating each other.

“It’s another tough game and we have to put in as much effort and as much quality in play as we did in Dundalk to get anything from the game.

“Injury wise we didn’t come out with much from the game, all of the lads seem to be OK. We’re getting closer to having John O’Flynn back. The Boh’s game is probably still too soon, but he should be training this week, and then Dave O’Connor again is in light training”.

Russell raised a few eyebrows by leaving Bastien Hery and Ian Turner on the bench for the clash with Dundalk, both starters for the opening two Premier Division fixtures.

However the manager, with one eye on the congested fixture list ahead, was pleased to point to a strong squad that allowed for the inclusion of Stephen Kenny and Paul O’Conor in their place.

“We do believe we have a strong group, so there will be times, particularly when games are close together, that we have to freshen things up and we chose to do that.

“The players that came in did well, but all along I’ve been saying we’ve got a strong group and it’s going to be more than eleven that gets results.”