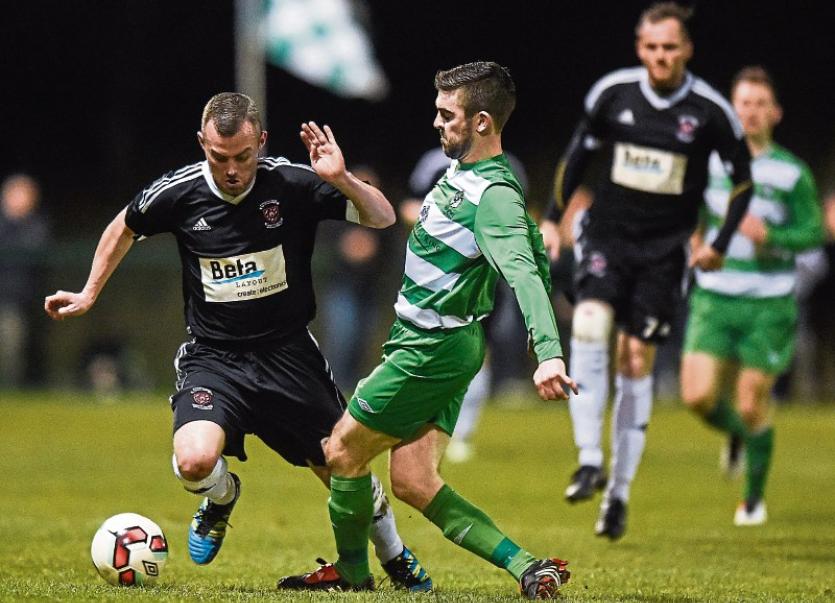 THERE was mixed fortunes for Limerick District League sides during quarter finals weekend.

Both our remaining Junior sides Janesboro and Kilmallock crashed out going down to Killarney and Evergreen (Kilkenny) respectively.

Janesboro went ahead through John Tierney but conceded twice to bow out on Saturday evening.

A day later Kilmallock suffered a similar fate going down 1-0 to their Kilkenny opponents.

There was better fortune for the youth sides.

Aisling travelled to Tipperary on Saturday and came home with a 1-0 win over St Michaels thanks to a Shane Donegan goal.

On Sunday Janesboro welcomed Carlow side Parkville to town and recorded a 2-0 win.

Shane Kelly and Dylan Ryan were on the mark for Martin Sugrue's charges.

In the Premier League, With Janesboro tied up with FAI action, Nenagh took the opportunity to return to the top of the table following a 3-1 win over Ballynanty Rvs.

Pike Rvs impressed in a 3-0 win over Carew Park. Goals from John Connery, Aaron Nunan and the influential Shane Walsh did the damage.

Fairview Rangers title hopes took a major hit on Sunday morning when they held to a draw by neighbours Geraldines at the Fairgreen.

Eddie Lee scored a double for Geraldines with Darragh Rainsford and Craig Madigan replying for 'View.